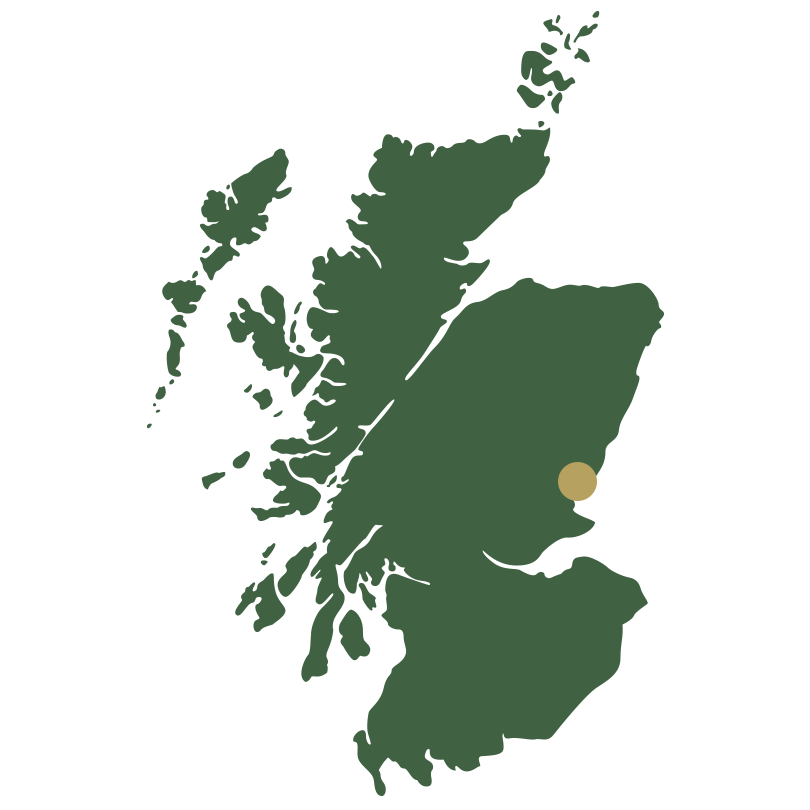 At the area`s centre, the home town of our Director of Tours, Stewart, Dundee, Scotland`s fourth largest city, has seen a great Renaissance in recent years with over £1Bn being spent on a regeneration of the old, industrial city. It is surrounded by great links like the scene of so many great Champion`s wins in the Open at Carnoustie and the ancient course of Montrose plus some wonderful heathland courses at perhaps Scotland`s finest 5* hotel, Gleneagles. Add in some lovely scenery in the lower Highlands, great distilleries and historic castles along with fabulous hospitality and you will love this beautiful area of “bonnie Scotland.” 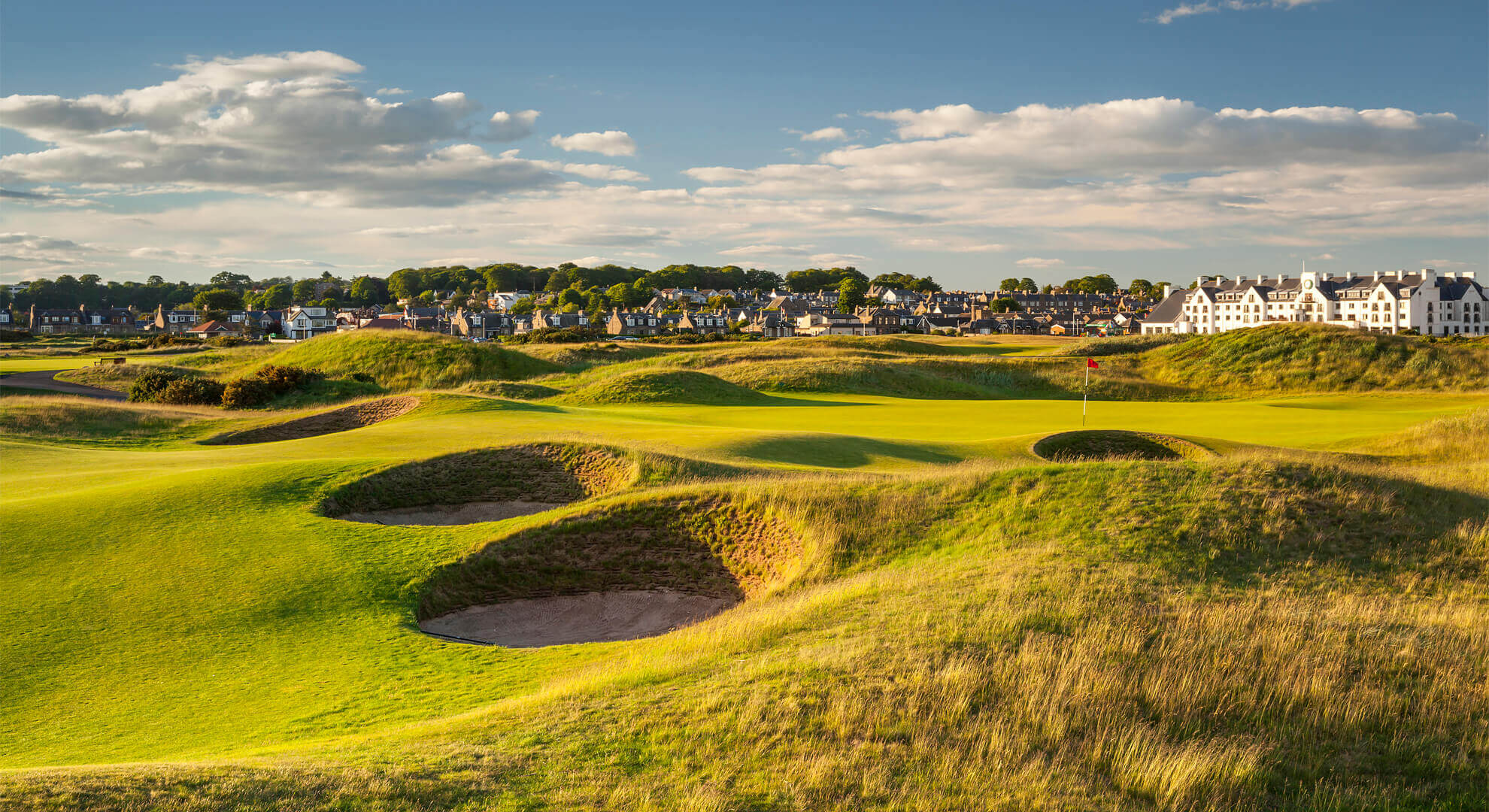 The game of golf has been played at “Carnasty” as it is often referred to, since the 1500`s with reference in the Parish records of 1560 to the game of “gowff“. There are few recorded records of golf being played in Carnoustie until the formation of the Carnoustie Golf Club, the oldest Artisan club in the world, in 1839 but boy did this Angus coastal town have an impact on the game with hundreds of great players, the product of such a great test of golf, taking the booming game of golf to the US in the late 1800`s and early 1900`s.
The course laid out by the world`s first professional, Allan Robertson as 10 holes then in 1867 the 4 times Open champion, Old Tom Morris extended it to 18 holes. It then took on its tag as the “finest test of golf in the world” after 1926 when the 5 times Open champion, James Braid, made it even tougher in time for the 1931 Open win by fellow “Silver Scot” Tommy Armour. The list of winners here tells people how great a course it is with amongst others, Armour, Sir Henry Cotton, the great Ben Hogan, Gary Player, Tom Watson and Padraig Harrington having prevailed along with Scot, Paul Lawrie and most recently Eduardo Molinari in 2018. 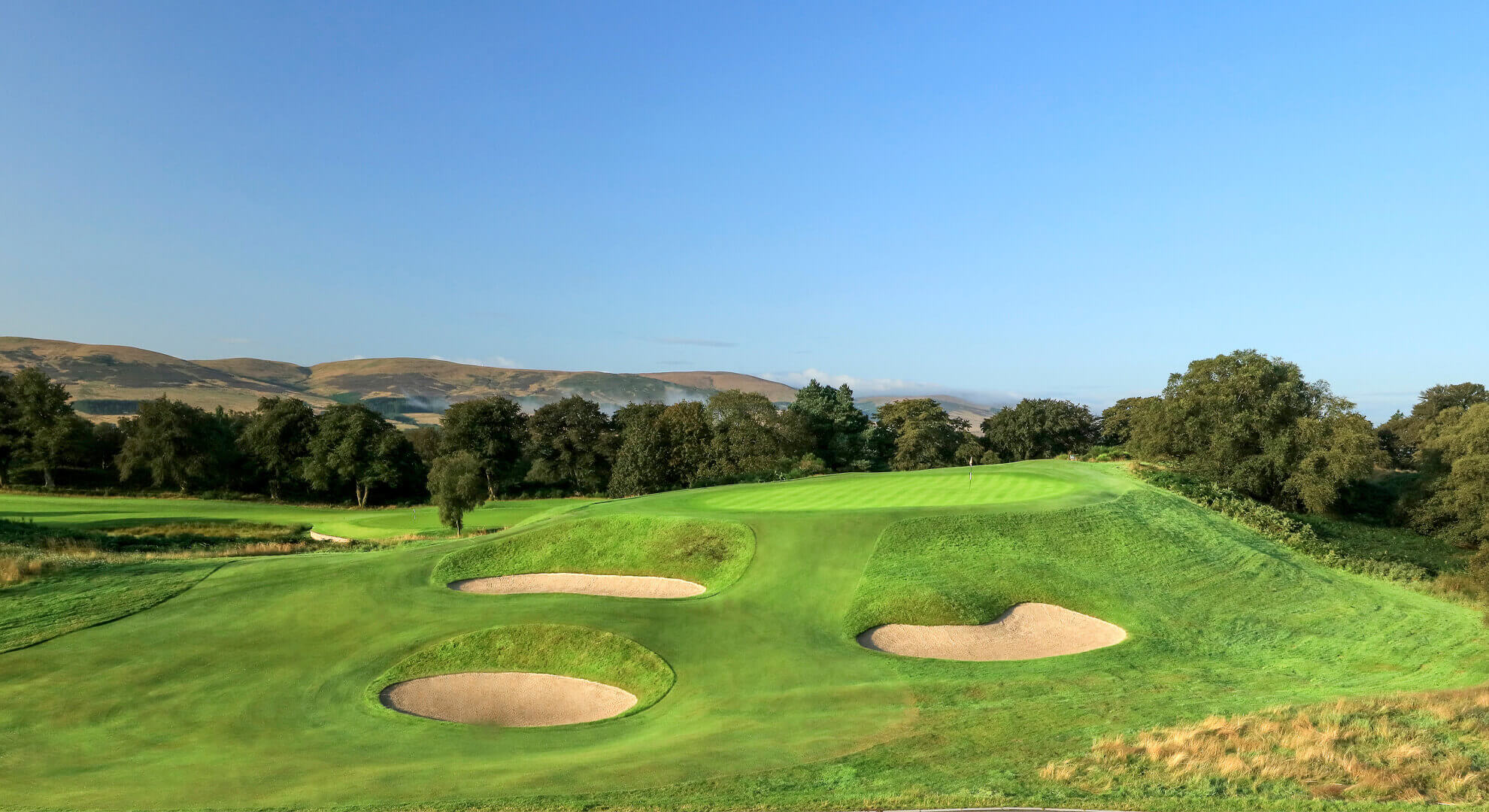 The first course constructed at Gleneagles by 5 times Open champion, James Braid, in 1919 features 18 hole names which are distinctively Scottish and meander their way through beautiful Scottish countryside which is some of the finest heathland in the country. This fantastic golf course has hosted events such as the Scottish Open on the European tour and will play host to the British Senior Open in 2022. It always rates as one of our clients` most enjoyable experiences. 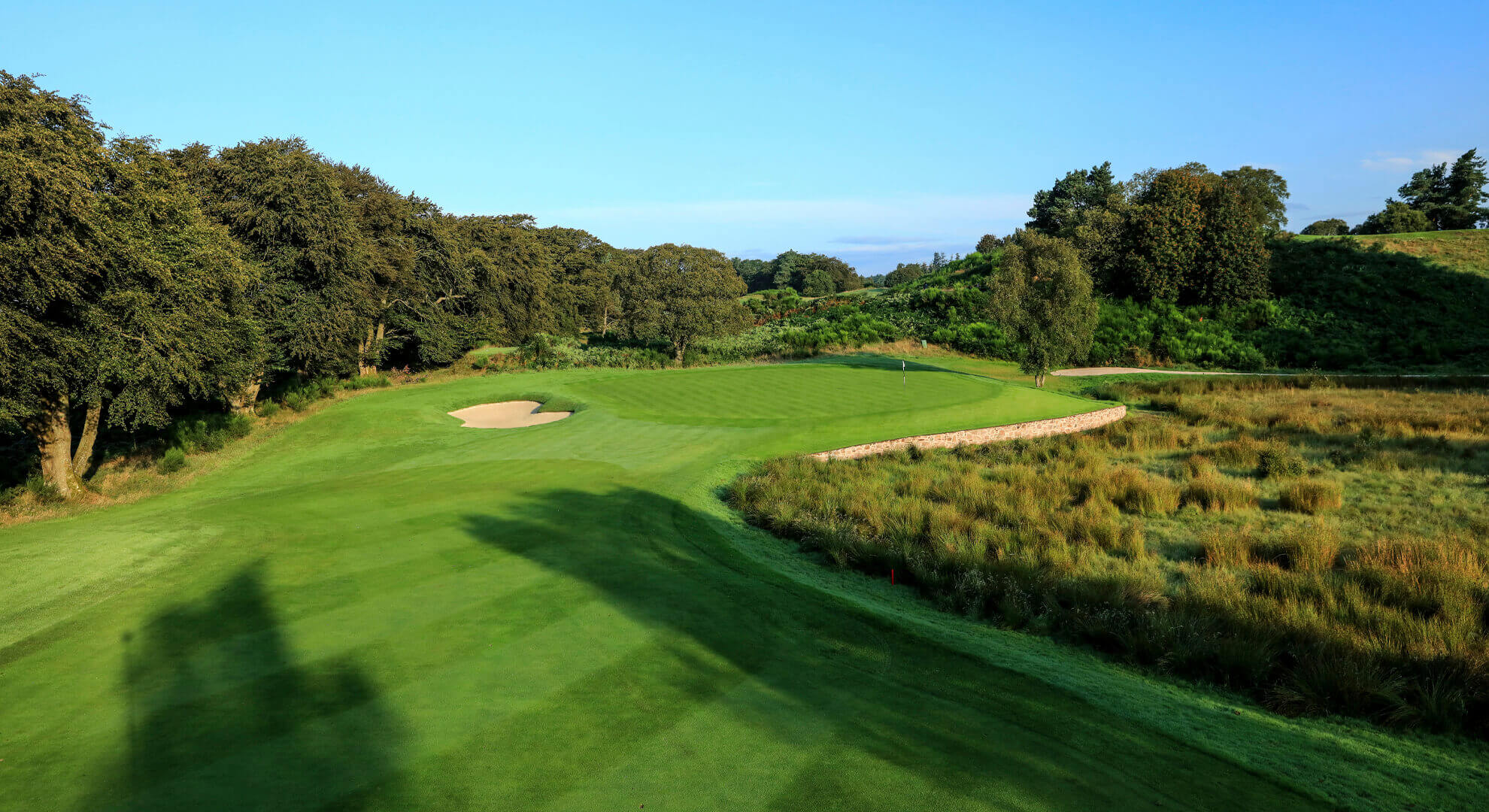 The designer, Jack Nicklaus, described it as “the finest piece of land I have been given to work with” and boy did he do it proud! Without doubt the least heathland of the Gleneagles courses and definitely the most testing of the three courses, this wonderful course is good enough to have hosted the 2014 Ryder Cup and 2019 Solheim Cup.

James Braid returned in 1924 to add the Queens to its big brother, the Kings so popular was his first Gleneagles layout. Not long but don`t be fooled by this excellent test of golf which shares many of the King`s excellent views, Braid created a lovely examination of shot making. He notoriously had no bunkers initially but instructed the green staff to wait 6 months to a year and look at areas of heavy divots then place the bunkers in those positions! 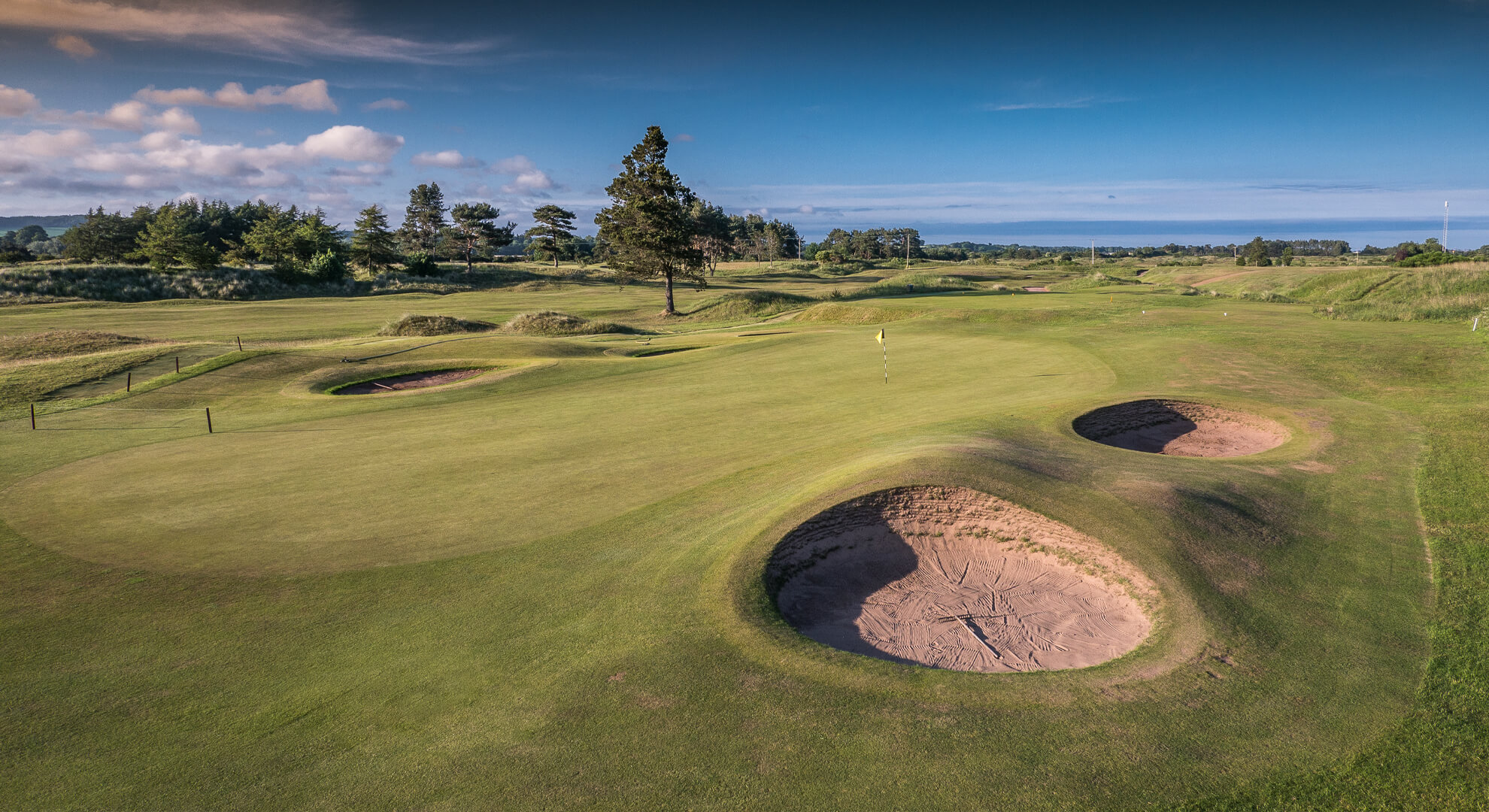 The Monifieth Links as we know it today hugs the London to Aberdeen railway line for much of the front nine and is a stern test of golf where the 5 times Open champion Tom Watson played his first Links golf in qualifying for the 1975 Open at Carnoustie which he won. The original 9 hole course was designed by the generally accepted best player in Scotland and therefore, at the time, the world, Allan Robertson and his colleague and fellow Saint Andrean Alexander Pirie in 1845. Golf was so popular in Monifieth (the Monifieth Golf Club was formed in 1858 and the Broughty Golf Club in 1878 followed by the Ladies Club in 1893) that the course was extended in 1880 to its present day 18 where Open qualifying is held when the Championship is played at nearby Carnoustie. 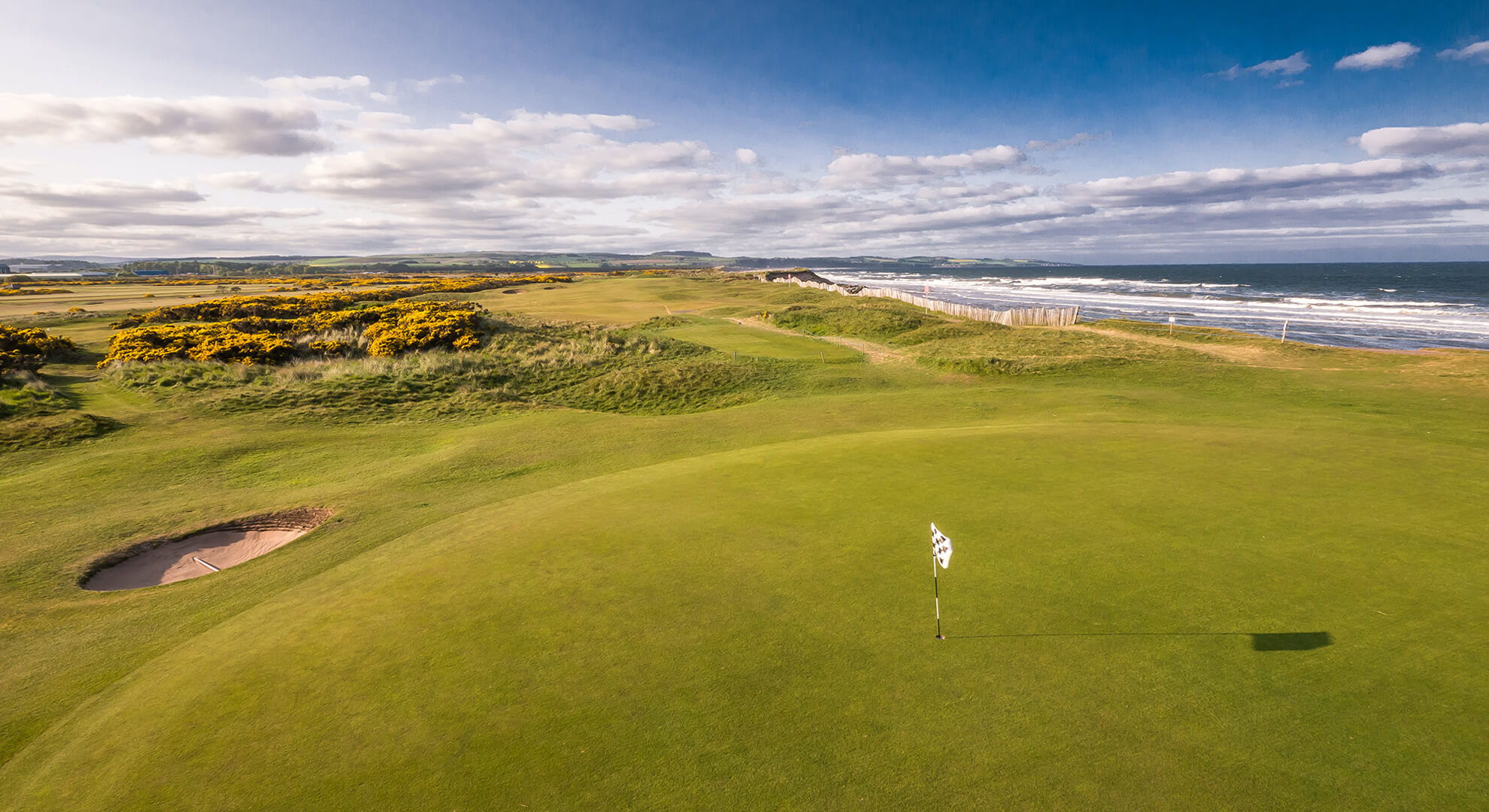 Golf has been played on this site for over 450 years and is the 5th oldest course in the World. The course hugs the same East coast as its near neighbors Carnoustie and Royal Aberdeen and is just as enjoyable. In 1888 4 time Open champion Old Tom Morris lent his deft touch to the course bringing it up to date, a process which Willie Park Jnr (architect of such world renowned courses as Sunningdale Old and Olympia Fields amongst a portfolio of 170 designs) carried on and was completed by the legendary Harry Colt in the early 1900’s. The original club dates back to 1810 and has protected the 1562 links course to this day. 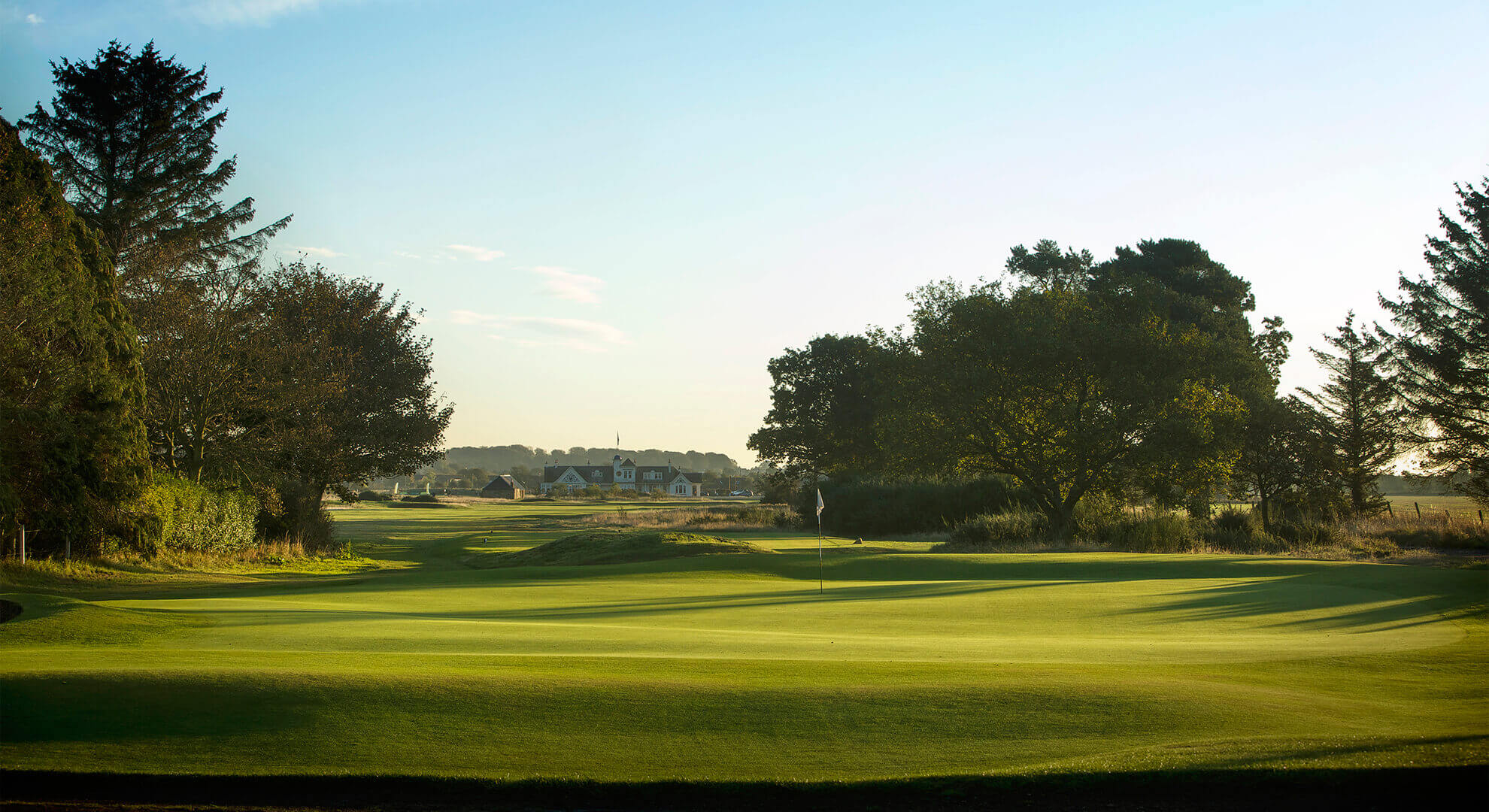 This is the hidden gem where Ben Hogan warmed up for his 1953 Open win at nearby Carnoustie and proclaimed the 6th as the second best par 4 in the world second only to the 11th at Cypress Point – high praise indeed! But not surprising as this magnificent links is a great test and a pleasure to play. Seventeen gentlemen met in 1845 to form the Panmure Golf Club which played over the Monifieth Links originally but by 1893 the Links there had become so busy that the club gifted their modest clubhouse to the Ladies Panmure Golf club and upped sticks a few miles down the coast to Barry. These links were constructed and played until 1922 when 5 times Open champion James Braid came and oversaw the renovation which makes it the great test of golf and elevated it to the prestigious club it is today.

Set in the heart of Angus, perhaps Scotland`s finest larder, the exquisite menu created by top chefs makes the most of locally sourced Arbroath smokies, world famous Angus beef, East coast lobster and some of the finest fruit and potatoes in the world. It is the highlight of the new clubhouse at Carnoustie Golf Links and enjoys great views over the 8 times Open venue.

Sister property to the restaurant of the same name located in the Forgan golf club factory of yester year in St Andrews, this wonderful venue delivers superb quality Scottish produce-led food and drinks via the owners` G1`s tried and tested formula for outstanding success.

Like St Andrews you can dine in the private “bothies” or in the main restaurant which has a great ambience for food or a few drinks. 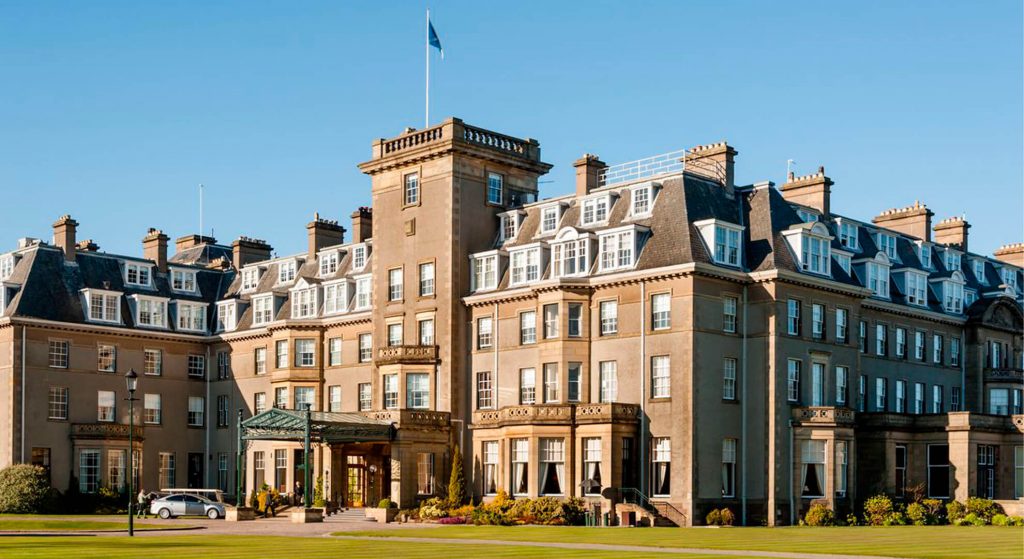 The world renowned Gleneagles brand which originated here is one of the World`s very best 5* hotels, set in the beautiful Perthshire countryside. Often referred to as a “playground” it really has everything to make up that tag from great restaurants, outdoor pursuits, 3 great golf courses, a spa and in short one of Scotland`s very best experiences.

This lovely building has been a hotel since 1899 when it opened as a Temperance Hotel – a total contrast to the thriving night life in the hotel and along the waterfront over which the hotel looks. Situated a stone throw from the only Victoria and Albert Museum outside London it boasts a great Chez Mal restaurant and one of the cities` best bars. Known as the Tay Centre and Tay hotel in the past, many of the original hotel`s features have been retained making it arguably the most attractive property in the Malmaison portfolio and the hotel of choice for many famous figures from the past such as Winston Churchill who was the MP for Dundee in the 1920`s, The Beatles, David Bowie, Frank Sinatra and many more acts playing at the Caird Hall next door