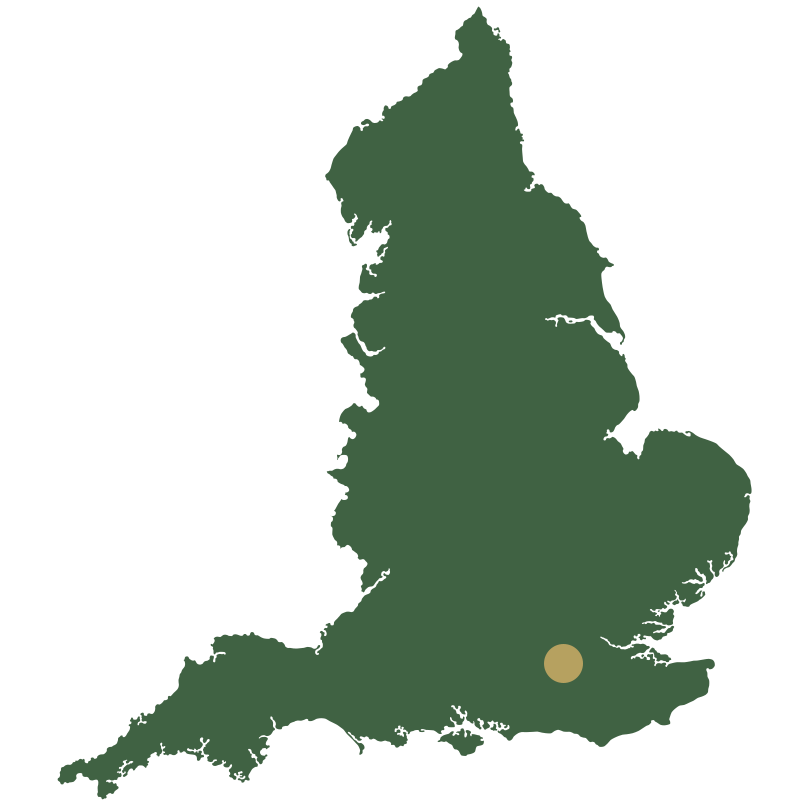 The area around London is home to some magnificent golf courses and some of the very best of a rare breed, the very best heathland courses anywhere in the world. These unique “inland links” are fast running courses with heather like links generally to the South of London on sandy land in the counties of Surrey and Berkshire. Many think the best 36 holes of golf in Europe can be found at Sunningdale, Walton Heath; where the best golf team ever assembled, the 1981 US Ryder Cup team, prevailed; has its own great 36 holes and some you may not have heard of but every bit as good like Swinley Forest, St Georges Hill and many, many more! 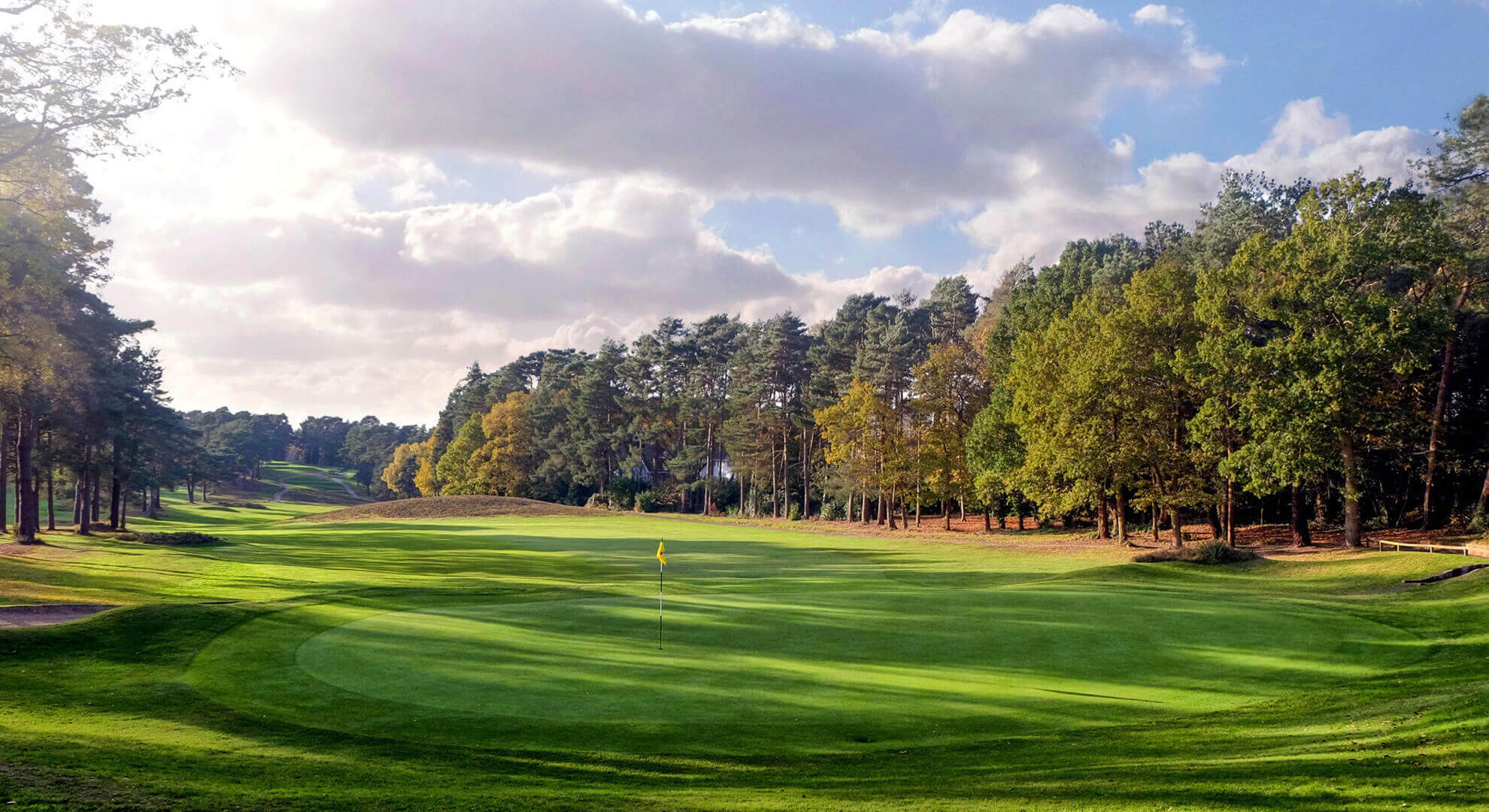 Generally accepted as one of the great courses in a county rich in its golfing heritage Surrey, this classic by the legendary Harry Colt is just over 100 years old and its players enjoy fabulous heathland turf and towering pines to go with a fine test of golf. 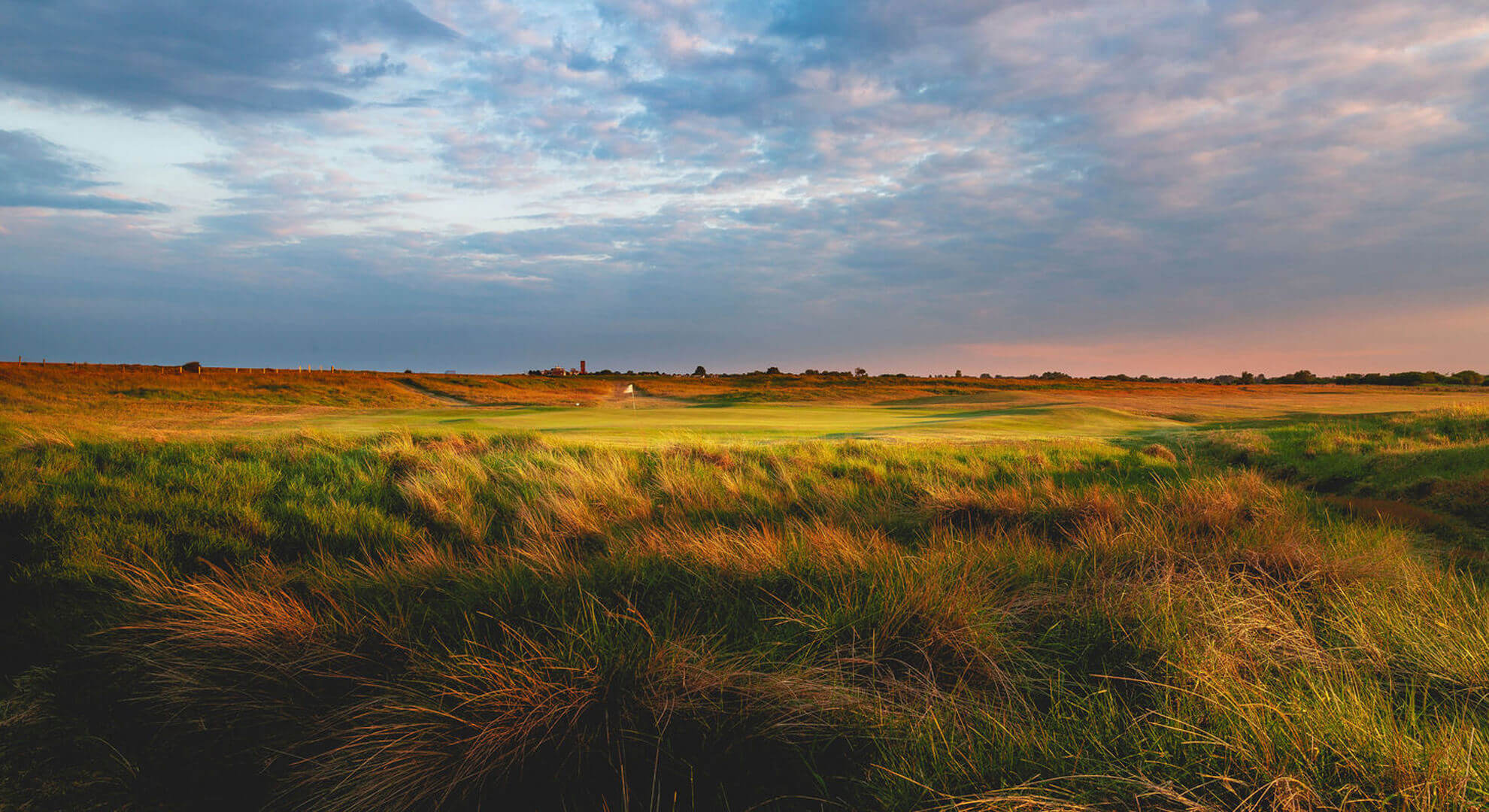 If you are the seaside town of Sandwich and playing the courses there this Open championship qualifier course close by should be on your list. A great test of golf which was designed by Dr Alister MacKenzie in 1924 just before he did Augusta National and Cypress Point – that tells you how great the course is! 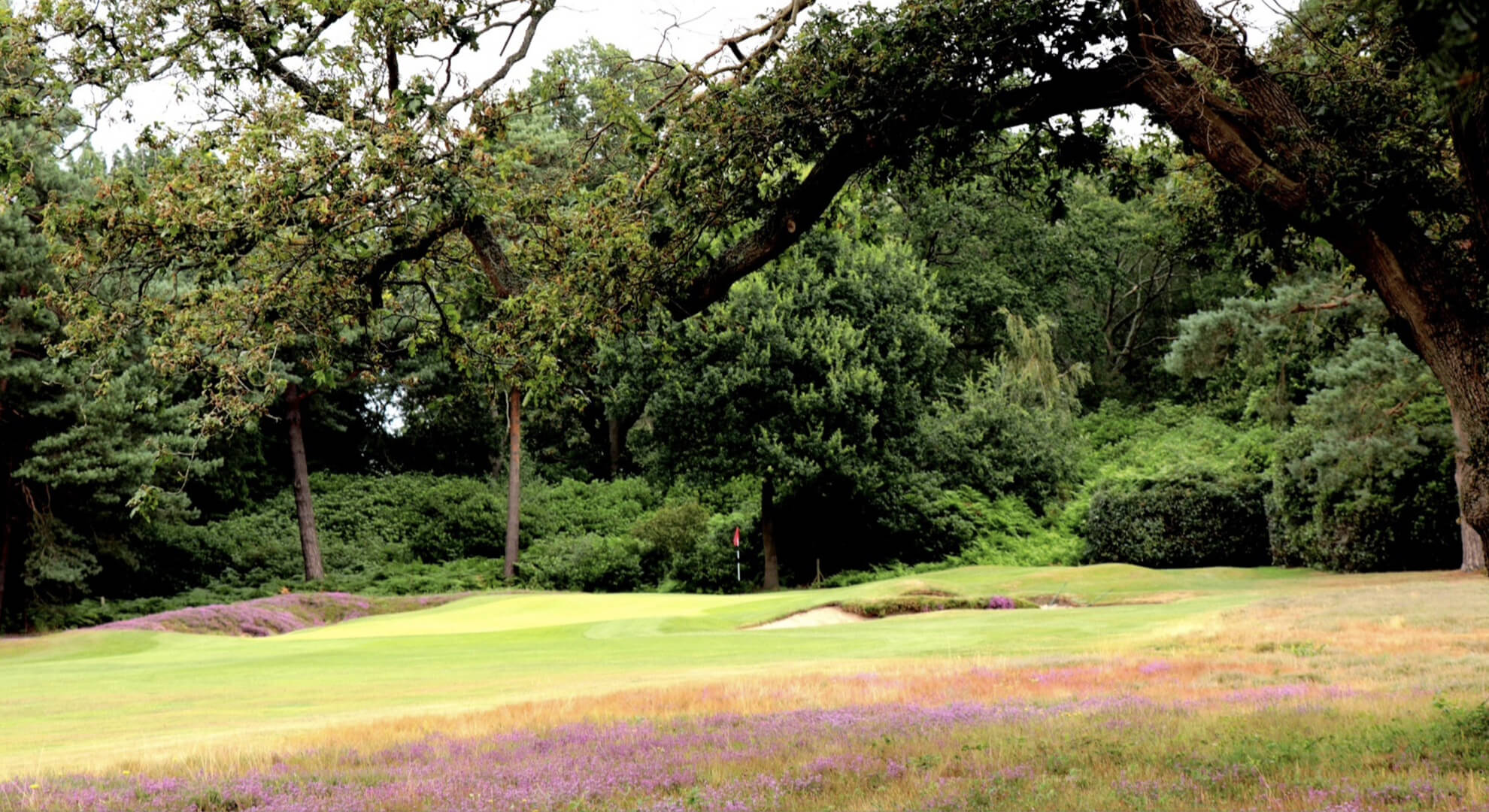 This is perhaps the ultimate “hidden gem.” Only a few of our clients playing golf in Surrey just south of London, play here and the ones who do invariably rate this great course on a level with Sunningdale or Swinley Forest. An excellent test of golf in one of the most beautiful parts of Surrey – don`t miss it! 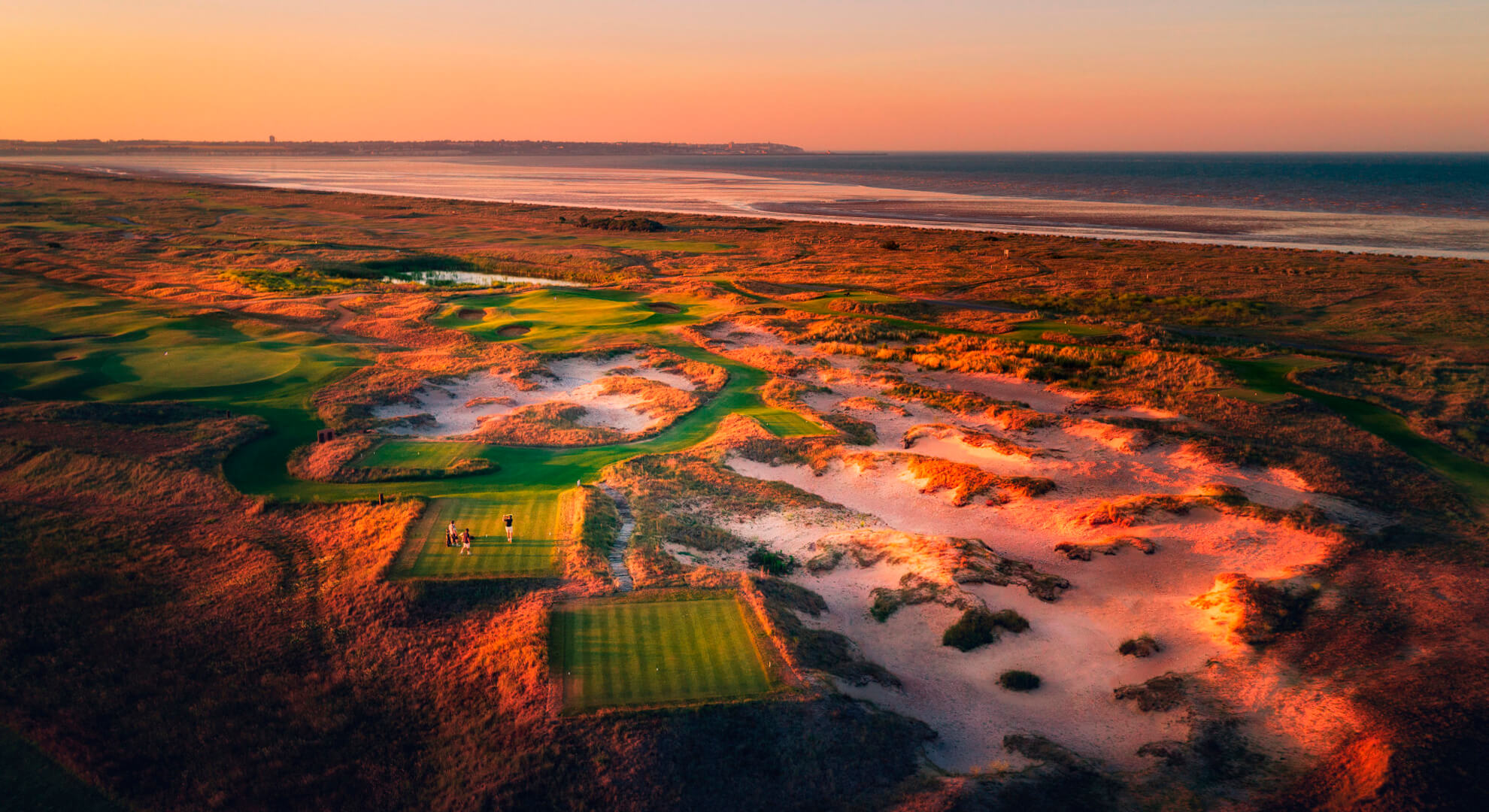 The host course of the 1932 Open Championship, Princes completes a unique triumvirate of Open venues all a stones throw from each other on the Kent coast. Sporting 27 great holes and a lovely Lodge this is a great base whilst visiting the area of the 2021  Open. The 1932 Open was significant as in that “The Squire” Gene Sarazen won his Open here in going onto the Grand Slam of all 4 Professional majors. A great test of links golf where you should bring your best driving game! 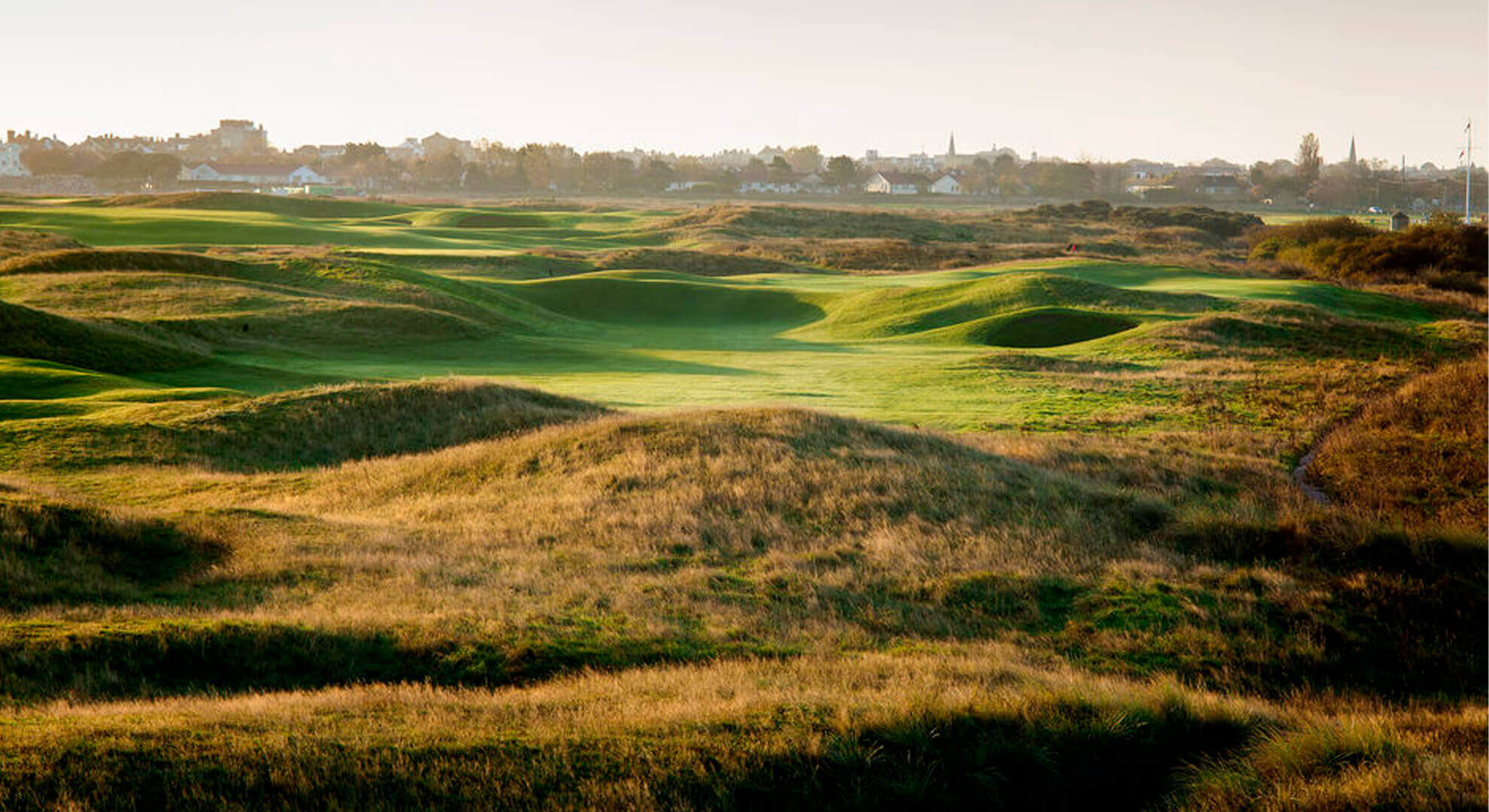 A twice Open championship venue in 1909 and 1920 it is rumored that the R&A would love to return the championship to this fabulous links. It has hosted the Amateur and many Open qualifying championships over the years this esteemed club has been in existence. A wonderful course with a final 7 holes to rival any in the British Isles. 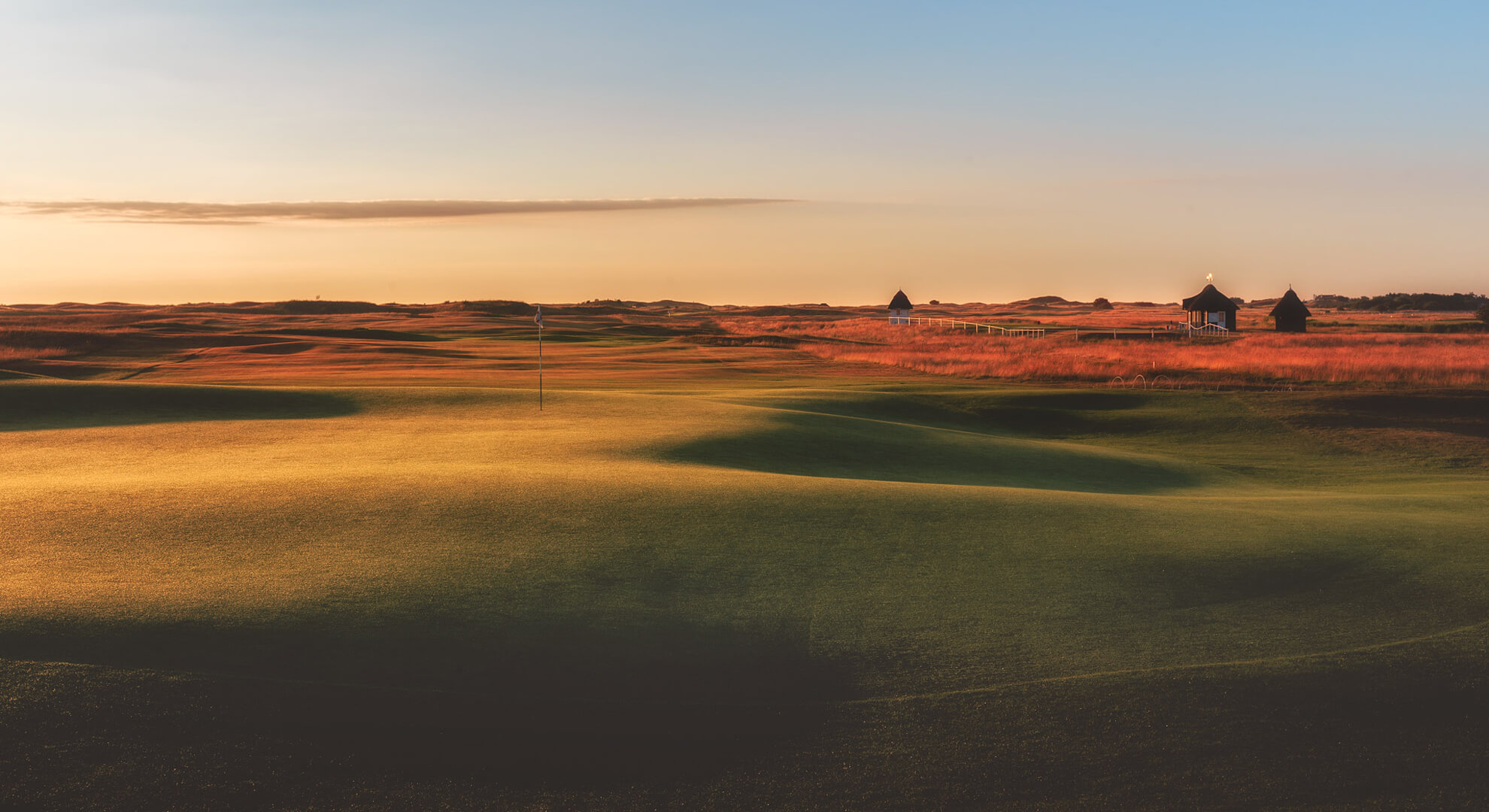 The 2021 Open venue was founded in 1887 by Dr William Purves who was a surgeon in London and a member at what would become Royal Wimbledon Golf Club which had started to restrict play over their home of Wimbledon Common. A Scot from Edinburgh, Purves began the search for the very best links land on the South coast of England and found the site in Sandwich for what would become Royal St George`s where he laid out one of the best courses in the world – a skilled gentleman! This links has hosted the most Opens (14) of any venue outside Scotland. One of the greatest heathland courses in the World top 100 in the beautiful, leafy Surrey countryside. The original concept of the course and estate was unique. It was the first development of a golf course being constructed with the intention of building luxury houses adjacent to the fairways. W G Tarrant, a local builder, had the foresight to see an opportunity when the land became available in 1911.

Having acquired it, he enlisted the services of Harry Colt, the most prolific golf architect of his generation, to design the course. And so St George’s Hill was born, being ready for play in October 1913. Undoubtedly, Colt was a genius, one of the greatest, if not the greatest golf architect of all time and it has been suggested that St George’s Hill is his masterpiece. 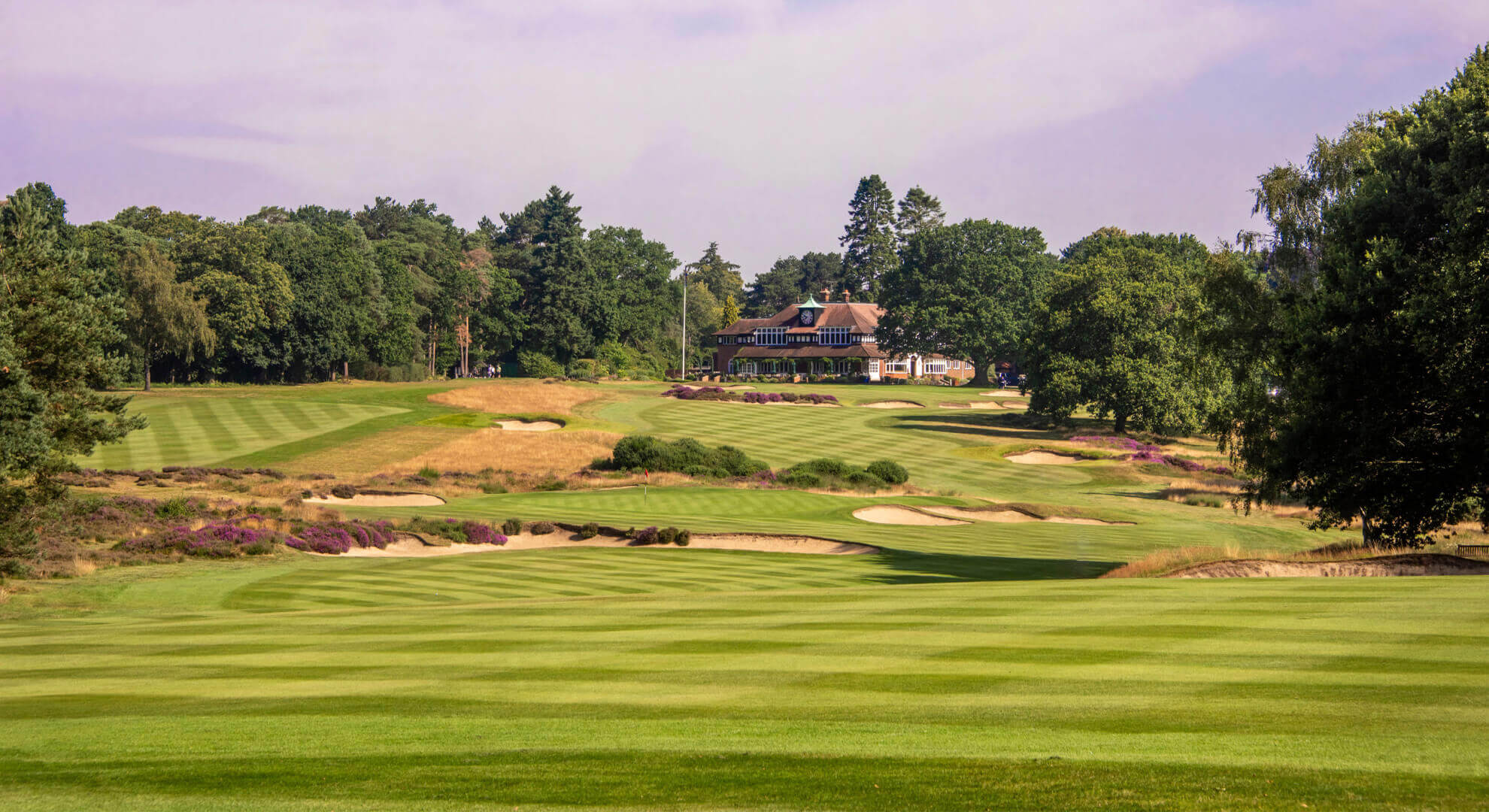 Sunningdale’s Old Course was designed by twice winner of The Open Championship, Willie Park Junior and opened in 1901. Willie Park Junior, was consulted and tasked with designing a course of exemplary character, for the price of £3000! It opened to universal acclaim and was among the first successful courses located away from the coast, as many had believed turf would not grow well in such regions. The Course was considered extremely long and its popularity owed much to the development of the Haskell ball.

Park Jnr was an excellent putter and this is reflected in his design, with many large undulating greens that utilise the natural topography, the Old Course greens can often catch many by surprise. Diagonal and visual hazards, were favoured by Park Jnr and examples of these can be seen across the course, with cross bunkers, ditches and heather banks framing many holes.

Credit to Park Jnr’s design, The Old Course has stood the test of time, and even now with the advance of modern technology, the course can be challenging to even the longest of hitters. Whilst in his post as Secretary, Harry Colt contributed to the layout and made some thoughtful changes to Park Jnr’s design. 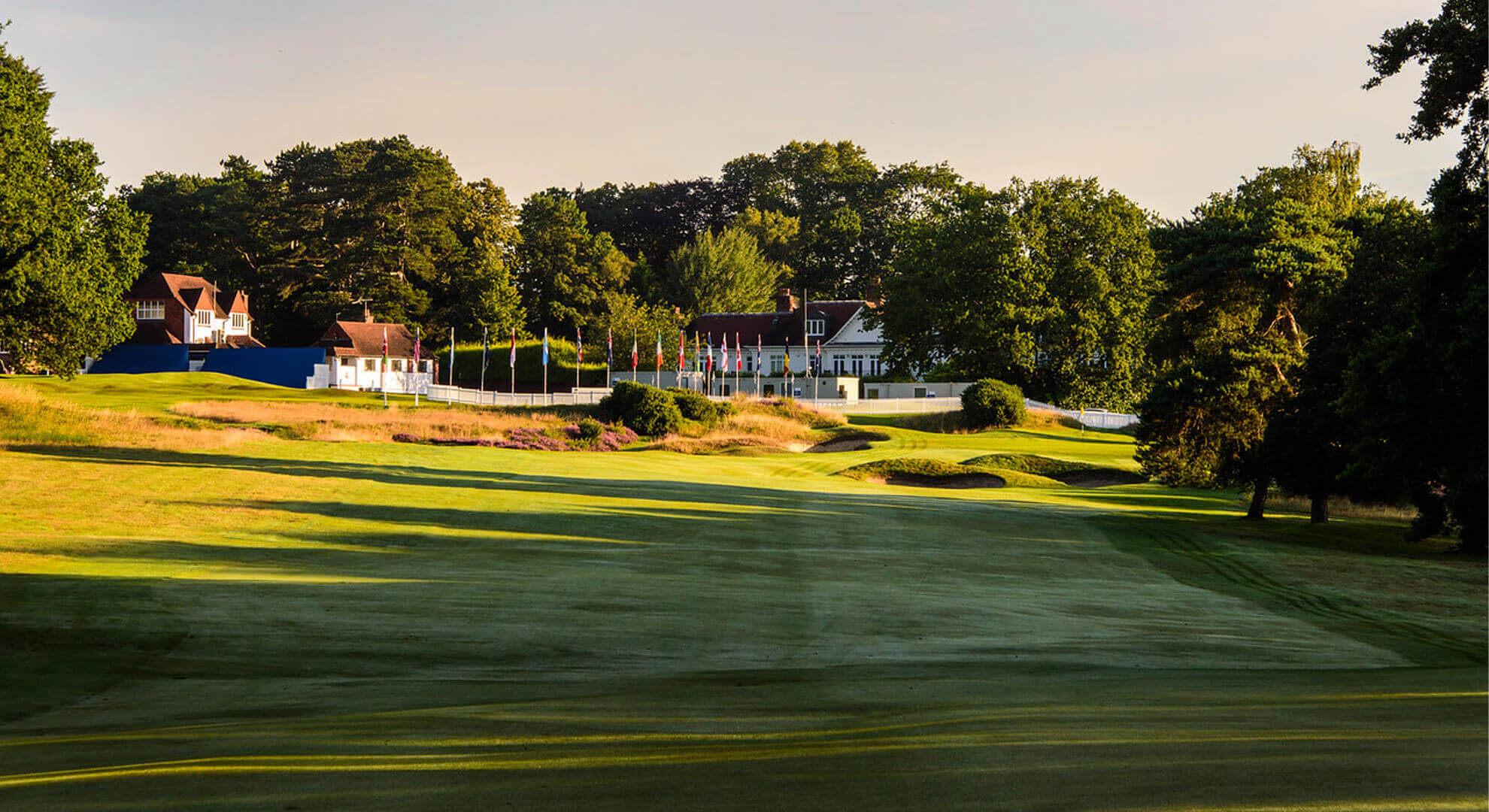 Sunningdale’s New Course was designed by renowned Architect and former Club Secretary, Harry Colt and first opened in 1923. It was commissioned following the end of the First World War, as membership figures were recovering rapidly and transport to the Club was becoming easier with the development of the motor-car. The New Course is considered to be the more rugged, with less bunkering and tree lining that its older sibling. Compared with the Old Course, the New has seen many more changes in its shorter life. In 1934, an E.G.M. was called, and the proposals of the golf architect Tom Simpson, to replace some holes were approved and makes up what is very likely the best 36 holes anywhere in Europe. Early in 1909, the legendary golf course architect Harry Colt and Alexander Davey, a near neighbour, explored the possibility of constructing a links on the land virtually on their door-steps on the edge of the Earlywood Estate, on the Surrey-Berkshire border.
Over the next few months, Colt walked the farmland and the adjoining block of thick pine woods, heath and scrub that belonged to the Crown Estate. He soon knew that he could cre-ate something really special with the place, and was indeed fortunate that the ground that was to become Swinley Forest Golf Club would lend itself so well to his genius and visionary ap-proach to golf course design. Colt himself was to become the first secretary of the Club and a notorious perfectionist he called it his “least bad course” – testimony to it being very possibly his finest work. 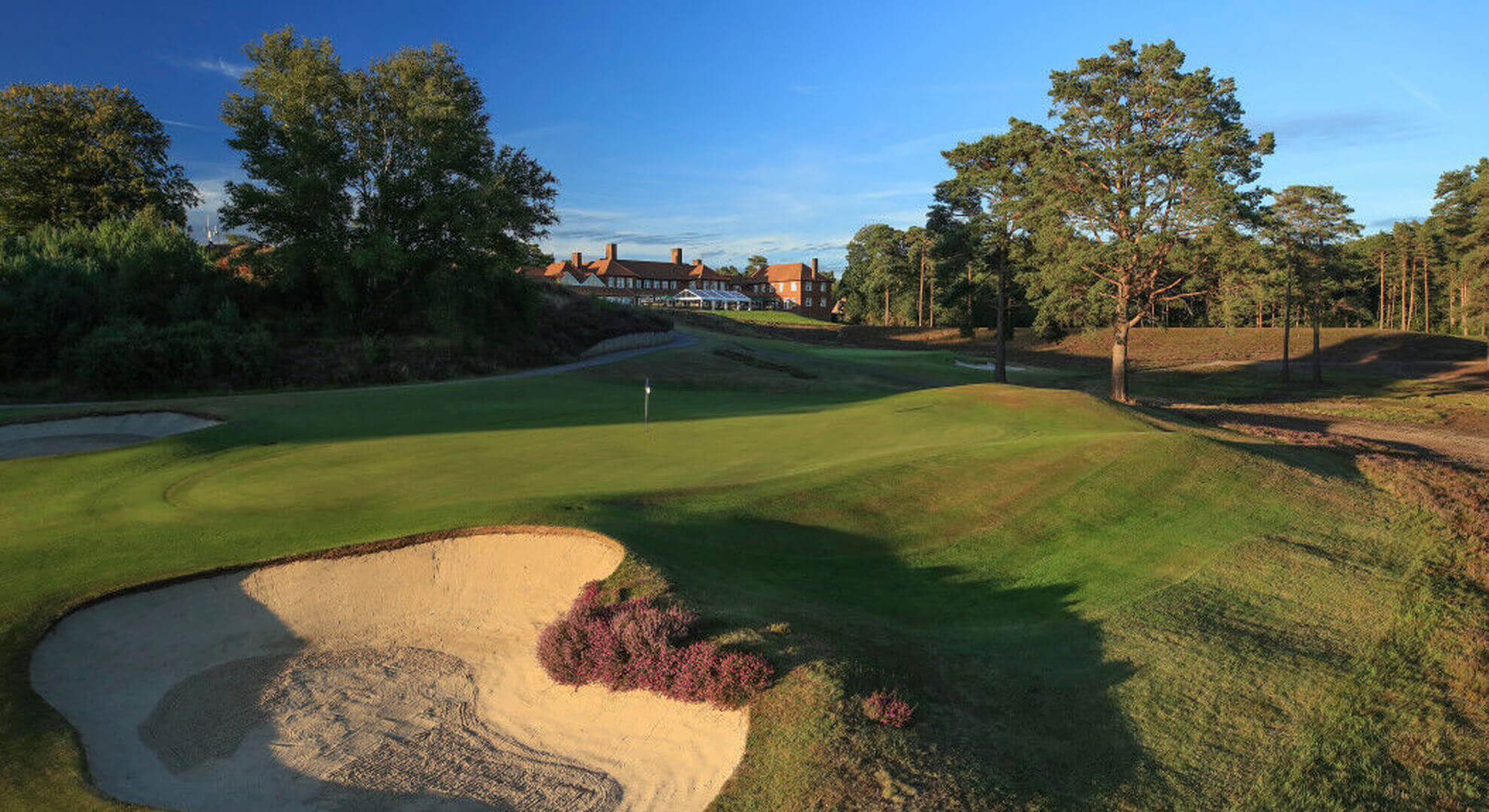 The Berkshire was founded in 1928 when its two courses, the Red and Blue, were constructed by the Office of Crown Lands on estates once used by Queen Anne for her hunting parties in the 17th/18th century. The Courses were laid out by the great Herbert Fowler, famous for Old Course at Walton Heath and the masterpiece of heathland golf has hosted The English Amateur Championships, The British Seniors Open Championships, the English Ladies’ Close Amateur Championships, The English Senior Ladies’ Matchplay Championships, the Women’s Home Internationals and the Vagliano Trophy played between Great Britain and Ireland versus The Continent of Europe. The great Walton Heath club was founded in 1903 with its first Captain the Prince of Wales who became King Edward VIII, starting the club off on a trajectory to being one of the great 36 hole venues and clubs in the world. 5 Times Open champion James Braid was the club professional for 45 years and Winston Churchill was a regular visitor. The course has hosted many European tour events and the 1981 Ryder Cup so famous for the U.S. team being almost certainly the strongest team of golfers ever compiled. 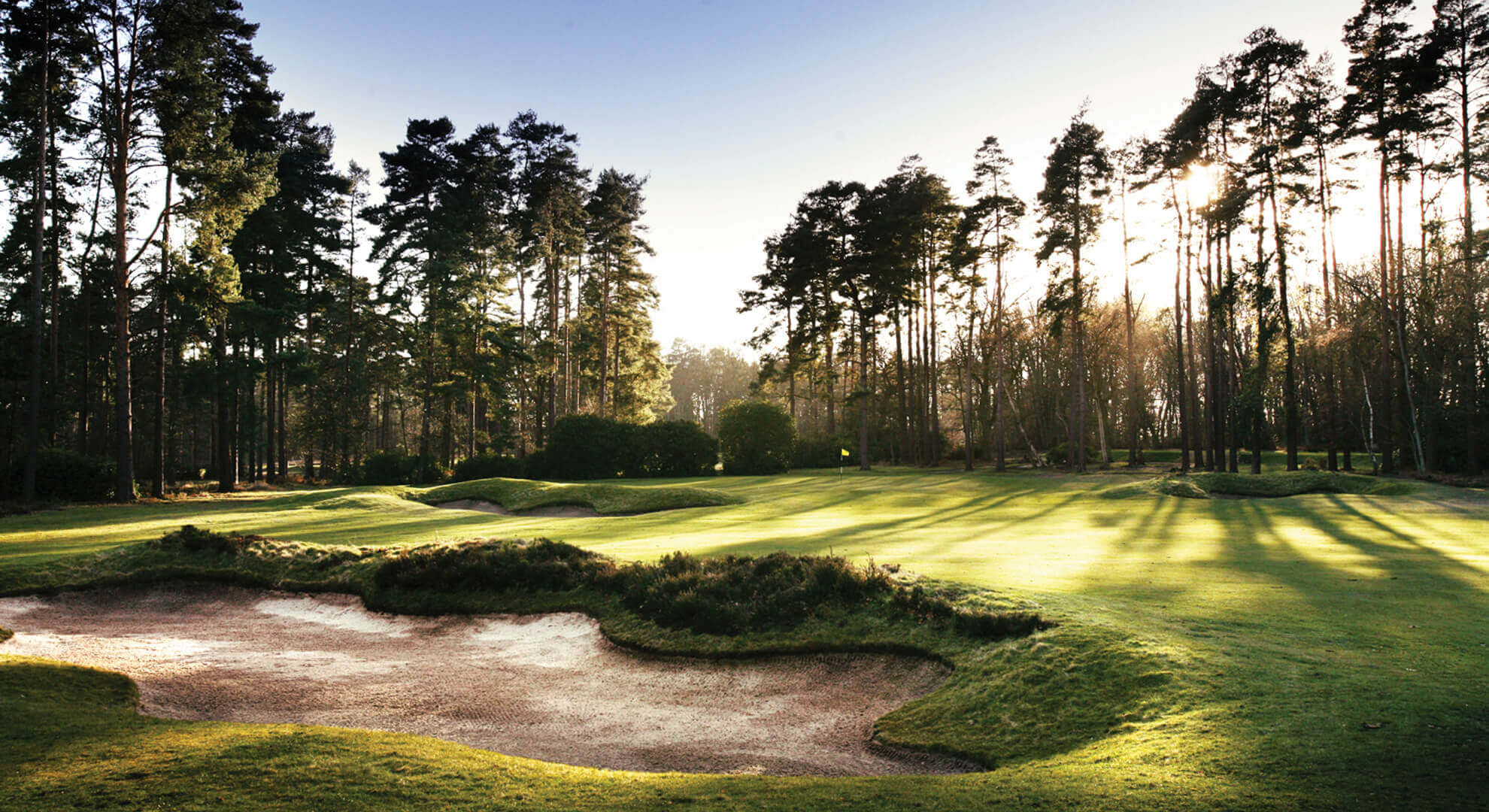 The course design is attributed to Cuthbert Butchart who became the first professional before the course was built. It has remained largely unaltered in layout but much work has gone into improving the quality of the greens, tees, bunker refurbishment and the playability of this wonderful “hidden gem” of Surrey heathland golf. 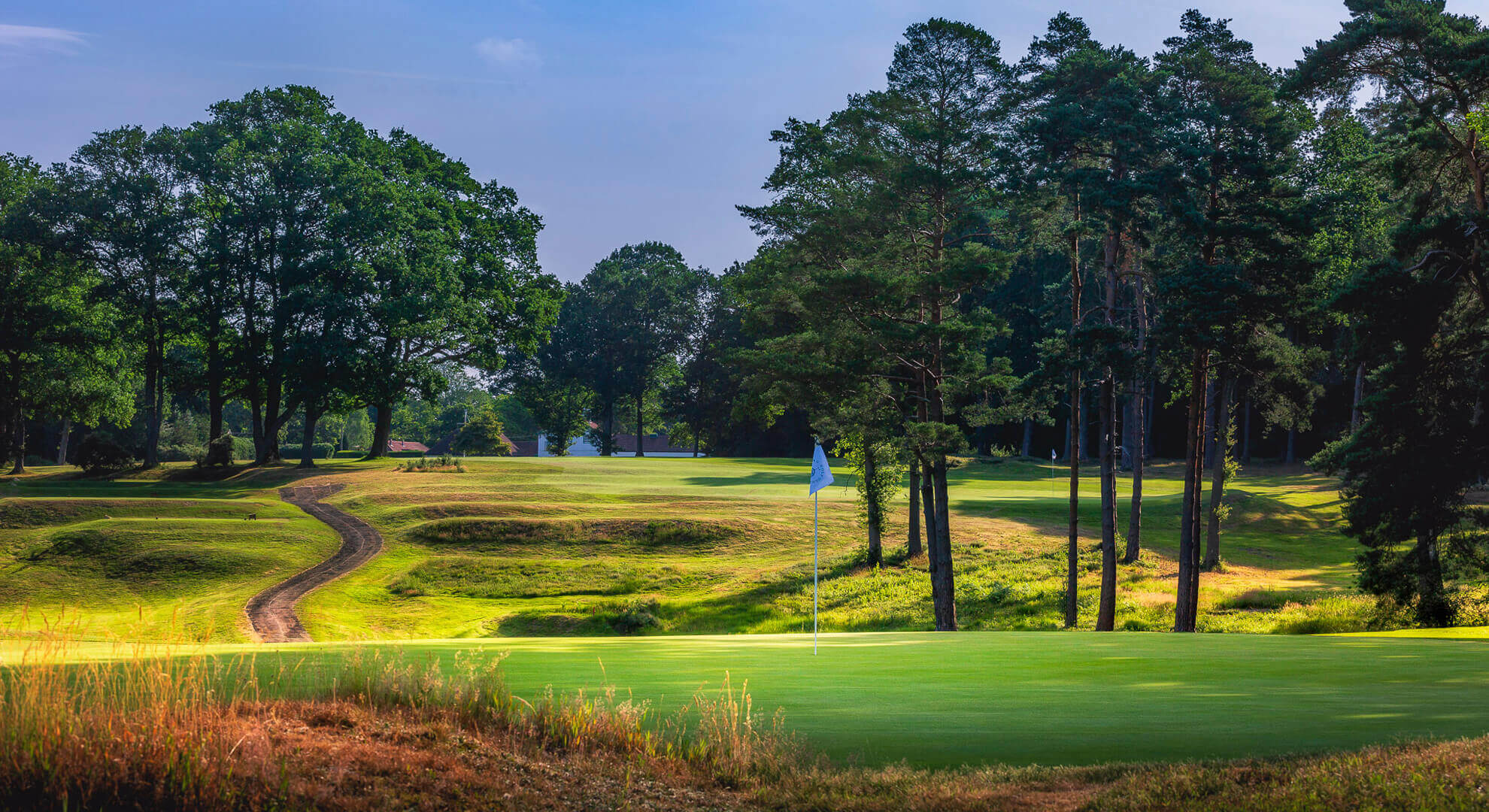 Since 1893, Woking has been the jewel of Surrey heathland golf; the county’s oldest heathland course and consistently in the UK’s top 100 courses. In the latest Golf World Top 100 rankings it has risen a further 3 places to 17th in England!

The course is a visual feast that is hard to beat, but it’s as strategically and tactically as challenging as it is beautiful. From the first, which Tom Watson described as ‘a warm handshake from an old friend’ to the 18th a great, finishing match play hole it is a joy to play. 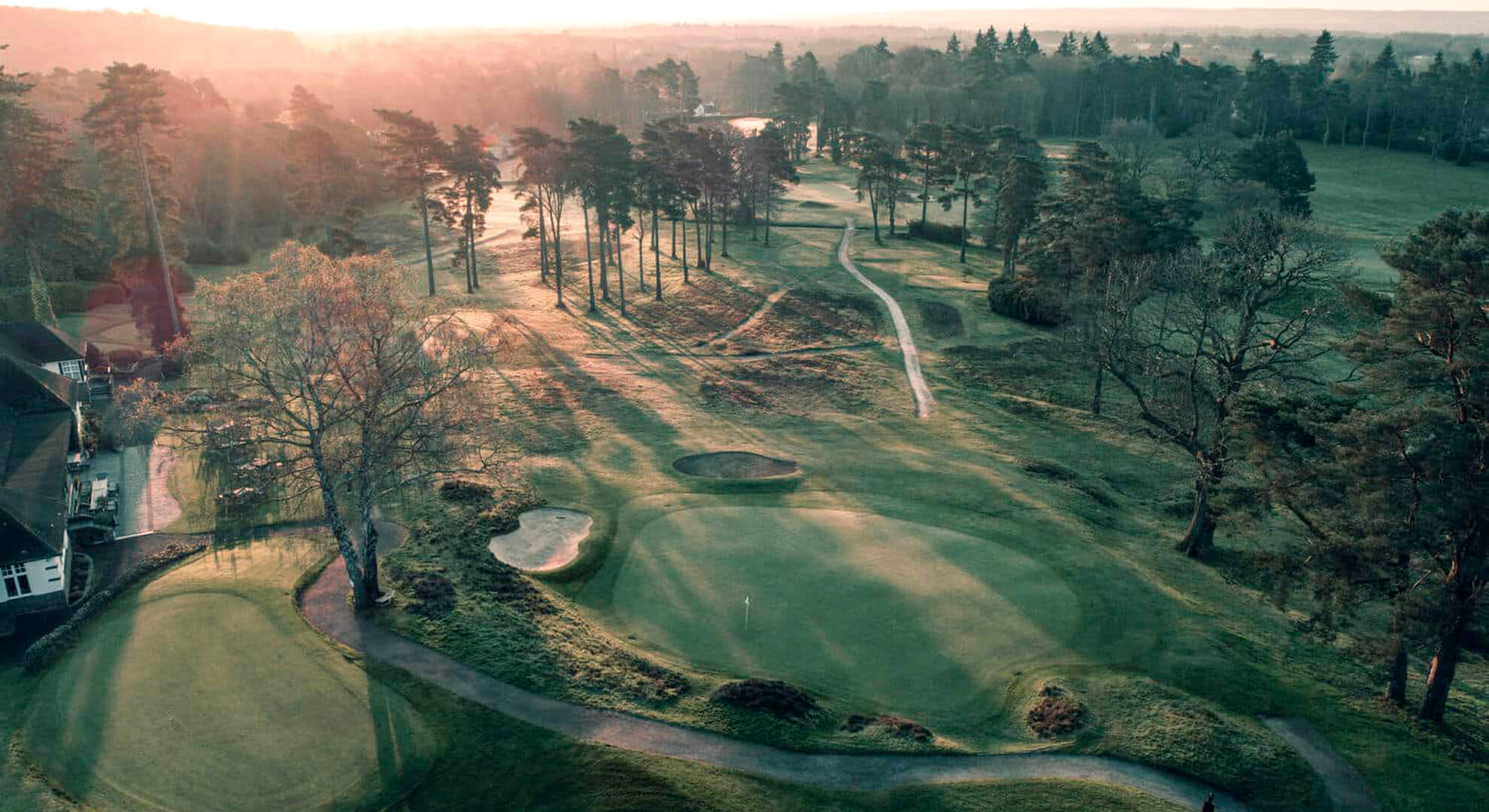 Worplesdon is one of the classic Surrey heathland courses, laid out in 1908 by J F Abercromby; the greens and bunkers were constructed by Willie Park Junior. Abercromby was one of the most celebrated golf architects of his time, while Park was a prolific course designer and constructor, who created the Old Course at Sunningdale. The course remains much as it was set out by Abercromby, and provides a fine test for the club golfer in very pretty surroundings. 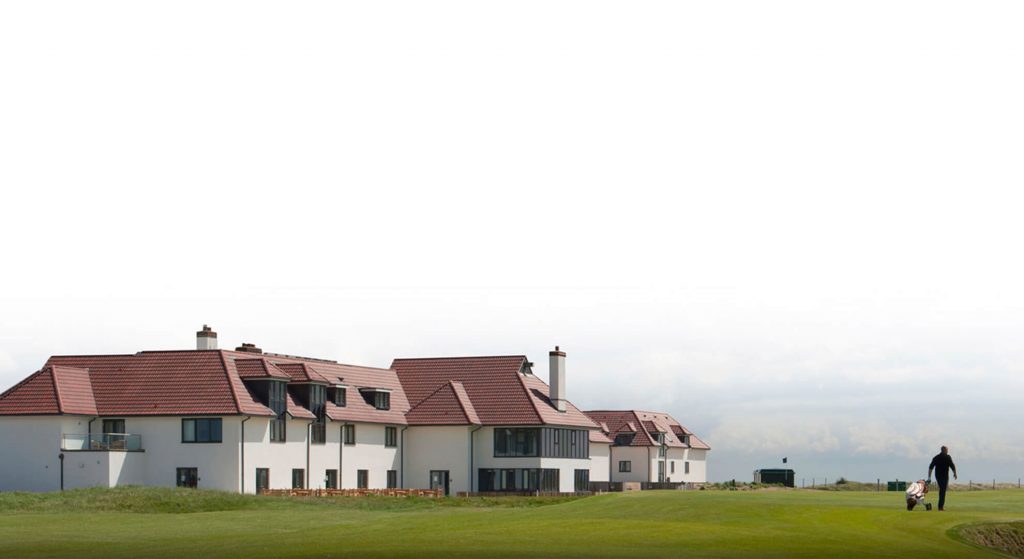