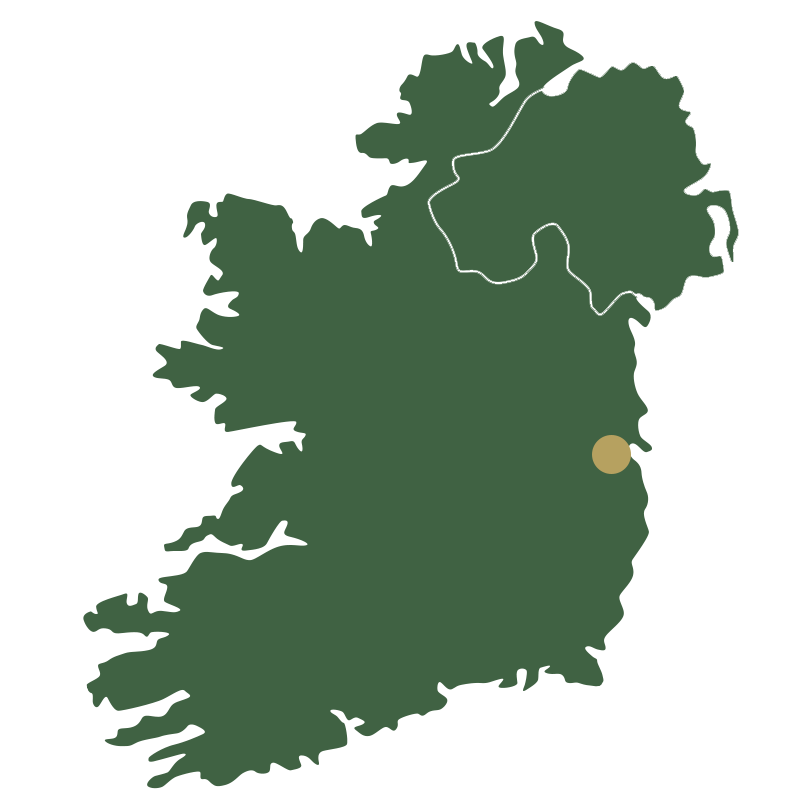 This bustling major European city has many great sights to visit such as the Guinness storehouse and many great restaurants and historic landmarks. These all complement a great golf offering – Portmarnock Golf Club has hosted a Walker Cup and several Irish Opens on its magnificent links in the peace and tranquillity of Dublin bay. Close by The Island and Bernhard Langer`s creation at Portmarnock Links create a great destination as do Pat Ruddy`s European (one of only a few courses from our Islands to have made the World top 100 in recent years) and the welcome at another many times Irish Open venue County Louth. 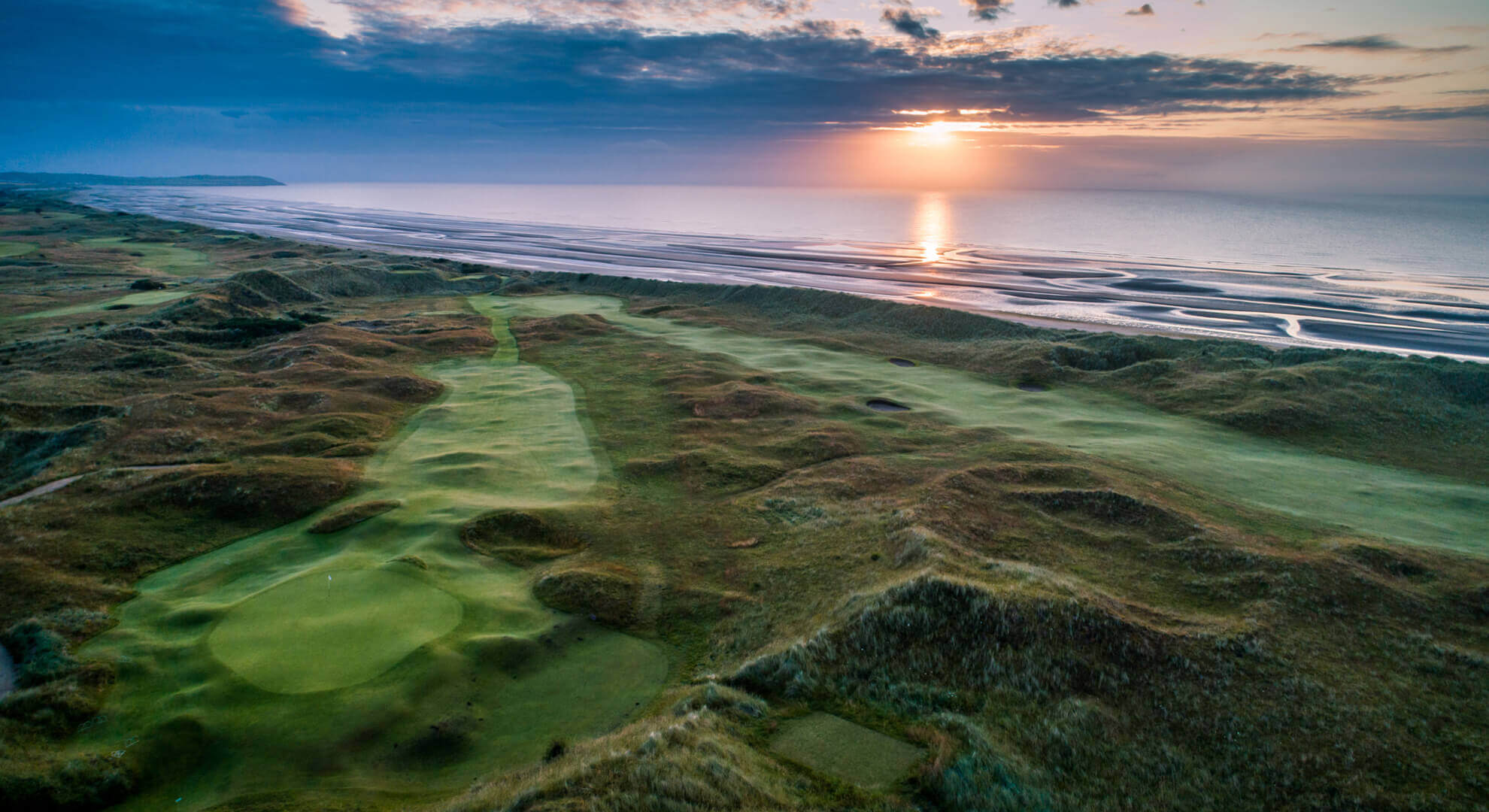 This wonderfully natural links was established in 1892 using the excellent links land just north of Dublin and indeed the Secretary at Royal Dublin, Cecil Barcroft, did a redesign in 1914 which lasted until Tom Simpson tweaked that to create the 4 times Irish Open layout we can all enjoy today in 1938. Don`t forget to pop into the shop and say hello to one of Irish golf`s great characters Paddy McGuirk the Club Pro. since 1980 when he succeeded his dad, Mick. 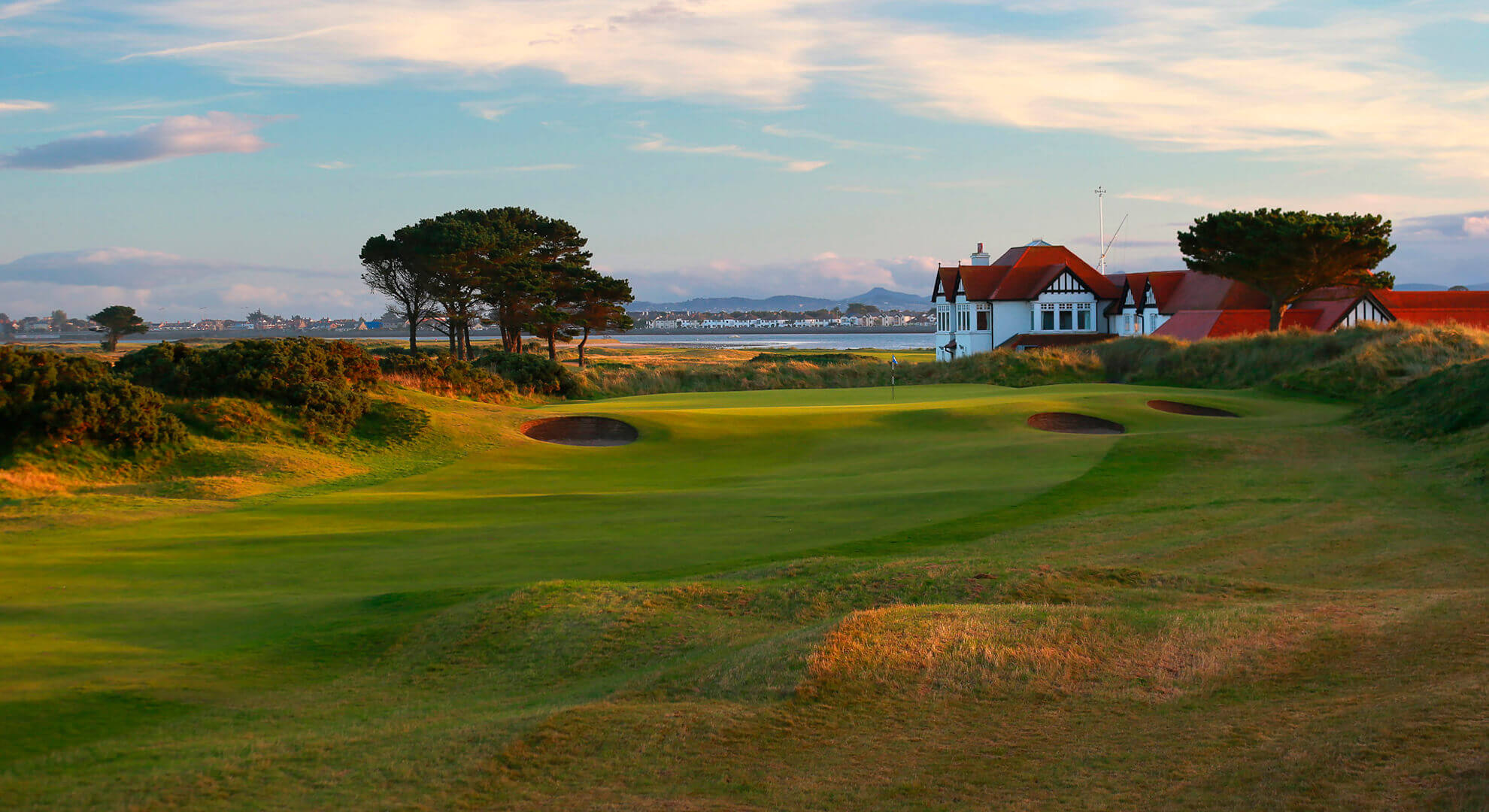 Within a picturesque curve of coastline Portmarnock Golf Club sits majestically on a narrow tongue of shallow duneland. As a measure of its enduring quality, it remains one of the most respected venues in world golf. No other Irish course has been graced by so many great events such as the Canada Cup (precursor to the World Cup), The Walker Cup, 19 Irish Opens and the Amateur Championship.

William Chalmers and his friend, George Ross, formally opened the links with nine holes on December 26th, 1894. Mungo Park, the 1874 Open Champion, supervised the course design and stayed on for one year as the club’s first professional setting it on its way to the upper echelons of the sport. 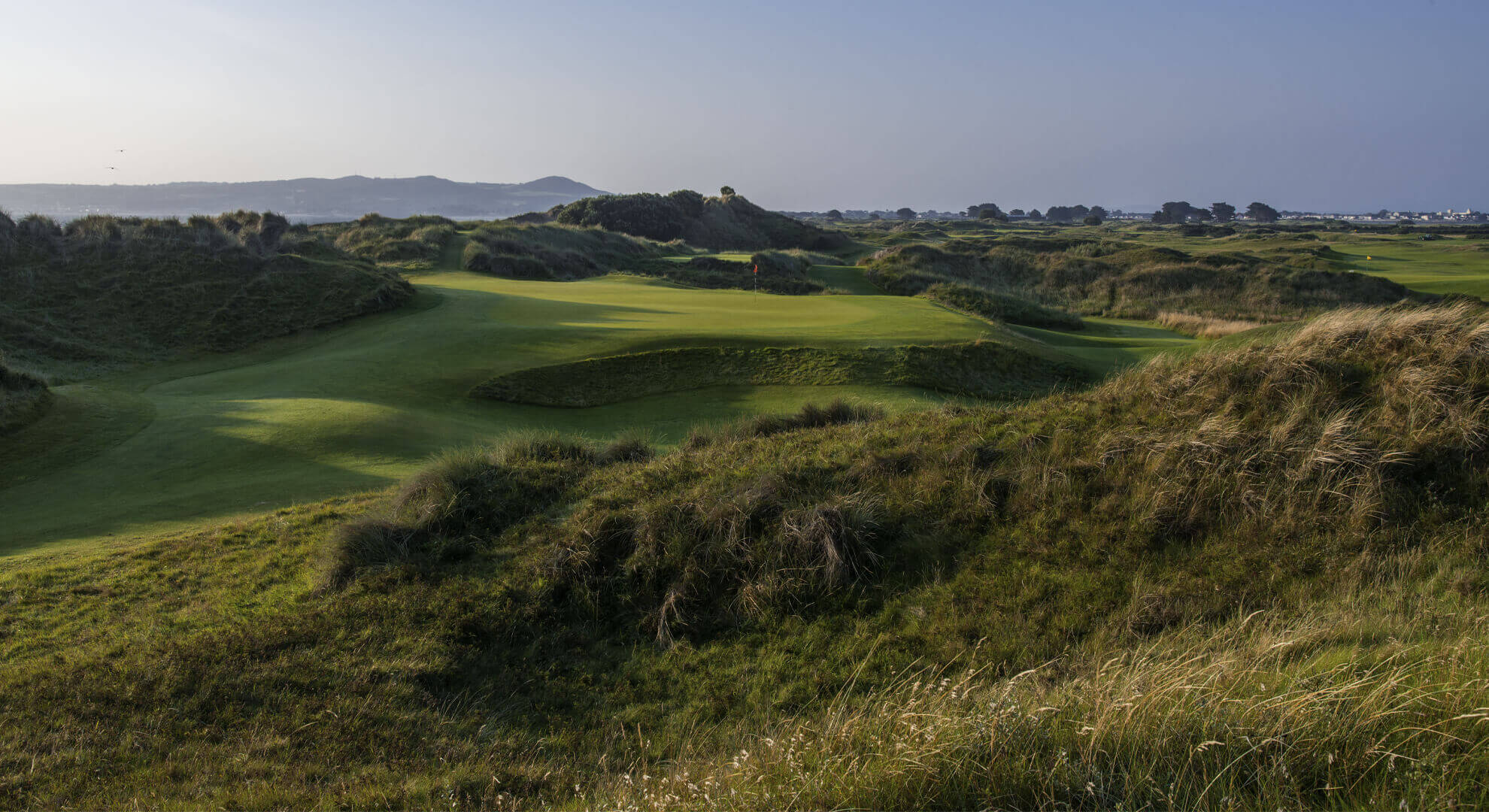 Situated on the Portmarnock rugged peninsula, The Portmarnock Links was the first golf course that International Management Group (IMG) developed in Ireland and opened for play in 1995 with Bernhard Langer choosing this magnificent setting to design his first links course being a three time winner of the Irish Open at nearby Portmarnock Golf Club and The Royal Dublin Golf Club. Along with architect Stan Eby they designed a course that is a challenge for all golfers, set in the grounds of the old Jameson family Estate of whiskey fame. 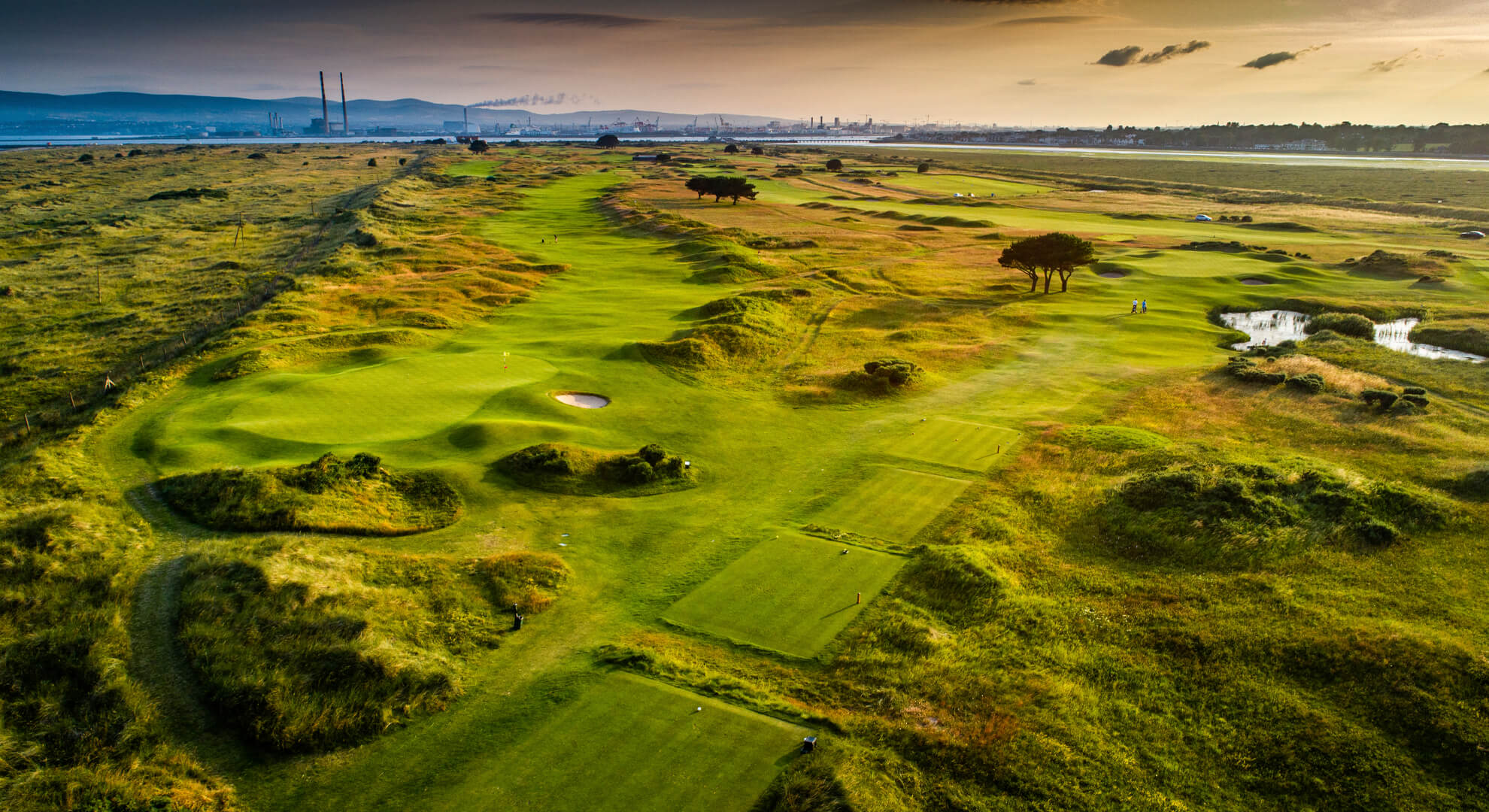 Founded in 1885 by Mr. John Lumsden, The Royal Dublin Golf Club is steeped in golfing history and presents a stern golfing examination on a truly magnificent links course and is widely accepted as one of the greatest links courses in the world. The links was originally designed by H.S.Colt, the world famous golf architect from Sunningdale. The Royal Dublin Golf Club hosted The Carrolls Irish Open from 1983-1985 with Seve Ballesteros winning in 1983 and 1985 and Bernhard Langer winning in 1984. 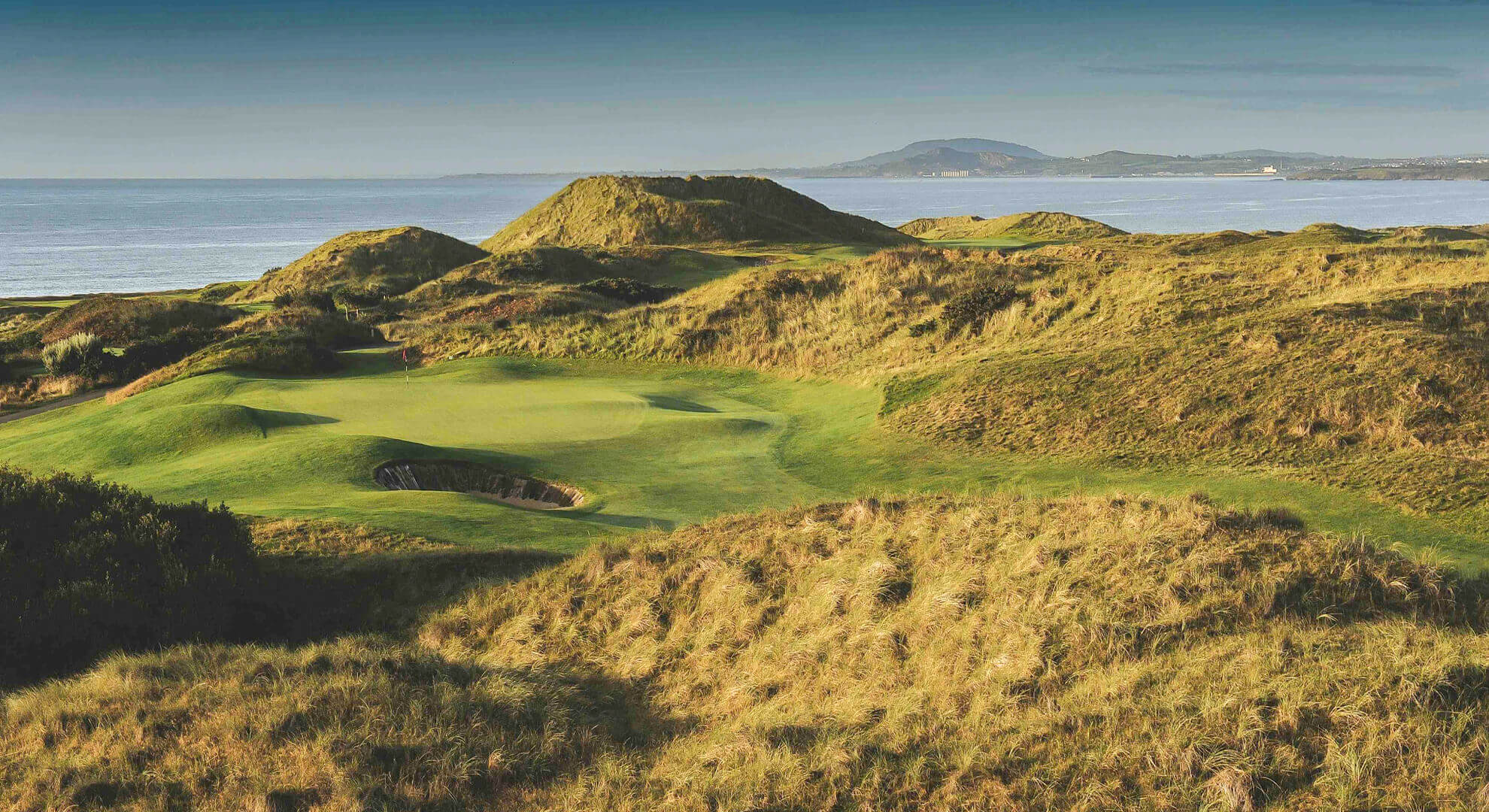 One of only a handful of British Isles courses to make the world`s top 100 lists in the past 40 years or so the course was designed by Pat Ruddy who continues to calibrate the course to this day. The European Club is located in tumbling dunes just south of Dublin and it features sweeping sea views from nineteen of the twenty holes. Yes, there are two extra par-3s here and they are in play most days affording the golfer a 20-hole round which includes five holes running very close to the sea. A testimony to the quality of the course, which is great fun for all, is that Tiger Woods holds the links record at 67. Rory McIlroy won the Irish Amateur title here – come and join them! 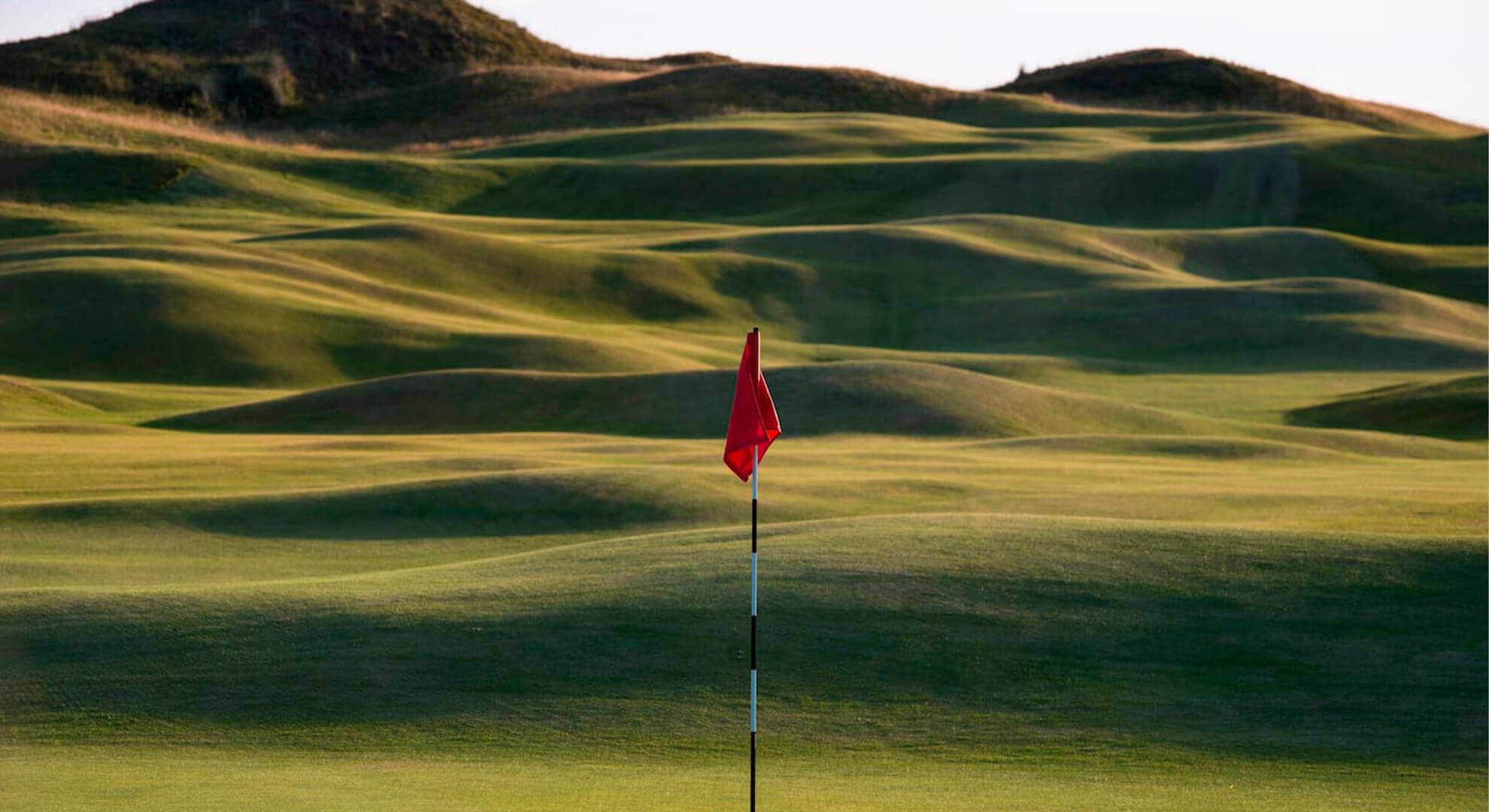 Established in 1890, The Island enjoys a stunning setting, bordered on the sea on three sides on a tranquil Estuary. It has huge quirky charm formed five years after Royal Dublin by many of the same members, wanting to play on a Sunday, when Sunday play on Royal Dublin was not an option! In the late 1880`s four men rowed across to the Island and started the club which later improved by a number of esteemed architects such as Fred Hawtree, Eddie Hackett and latterly Dr. Martin Hawtree. 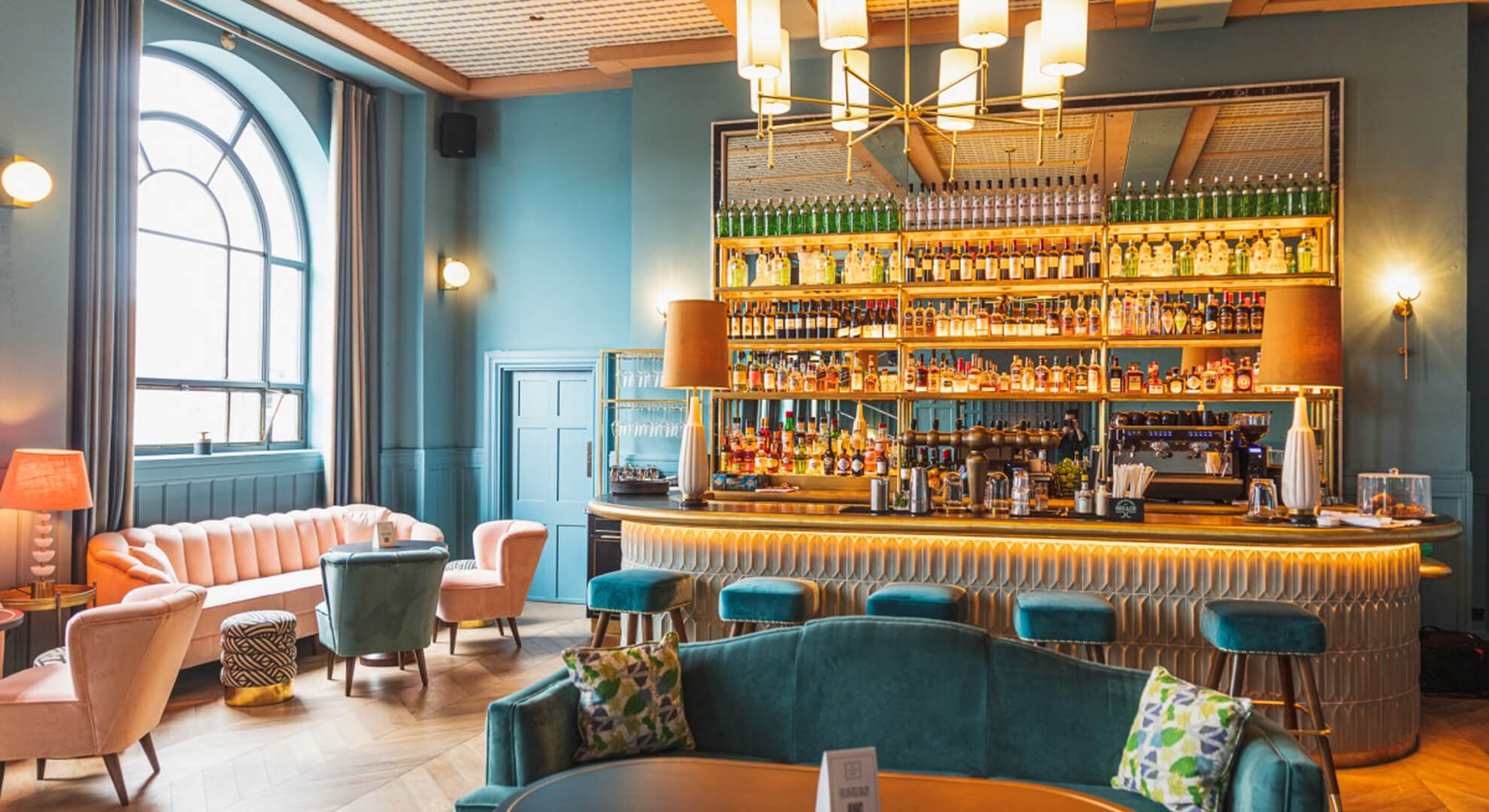 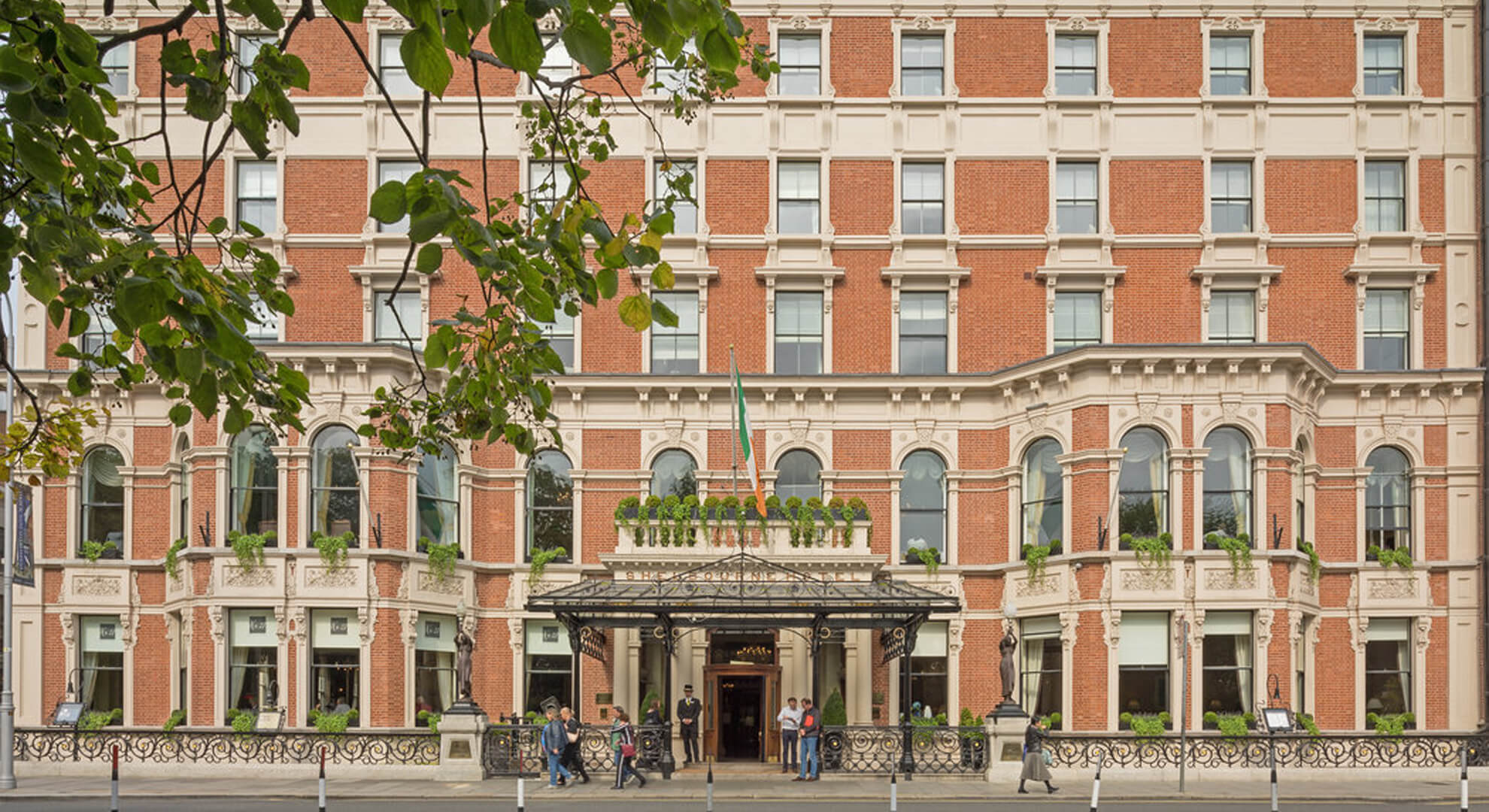 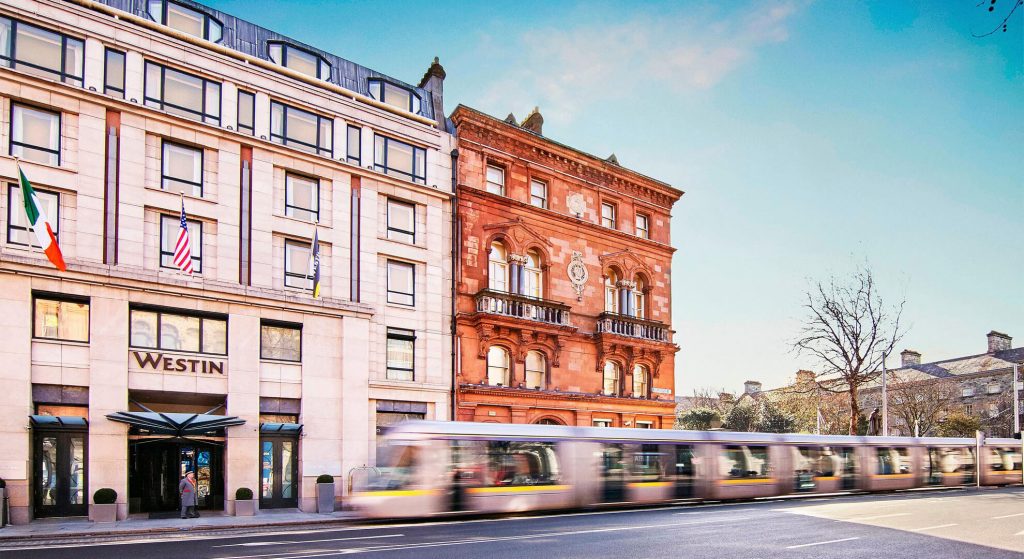 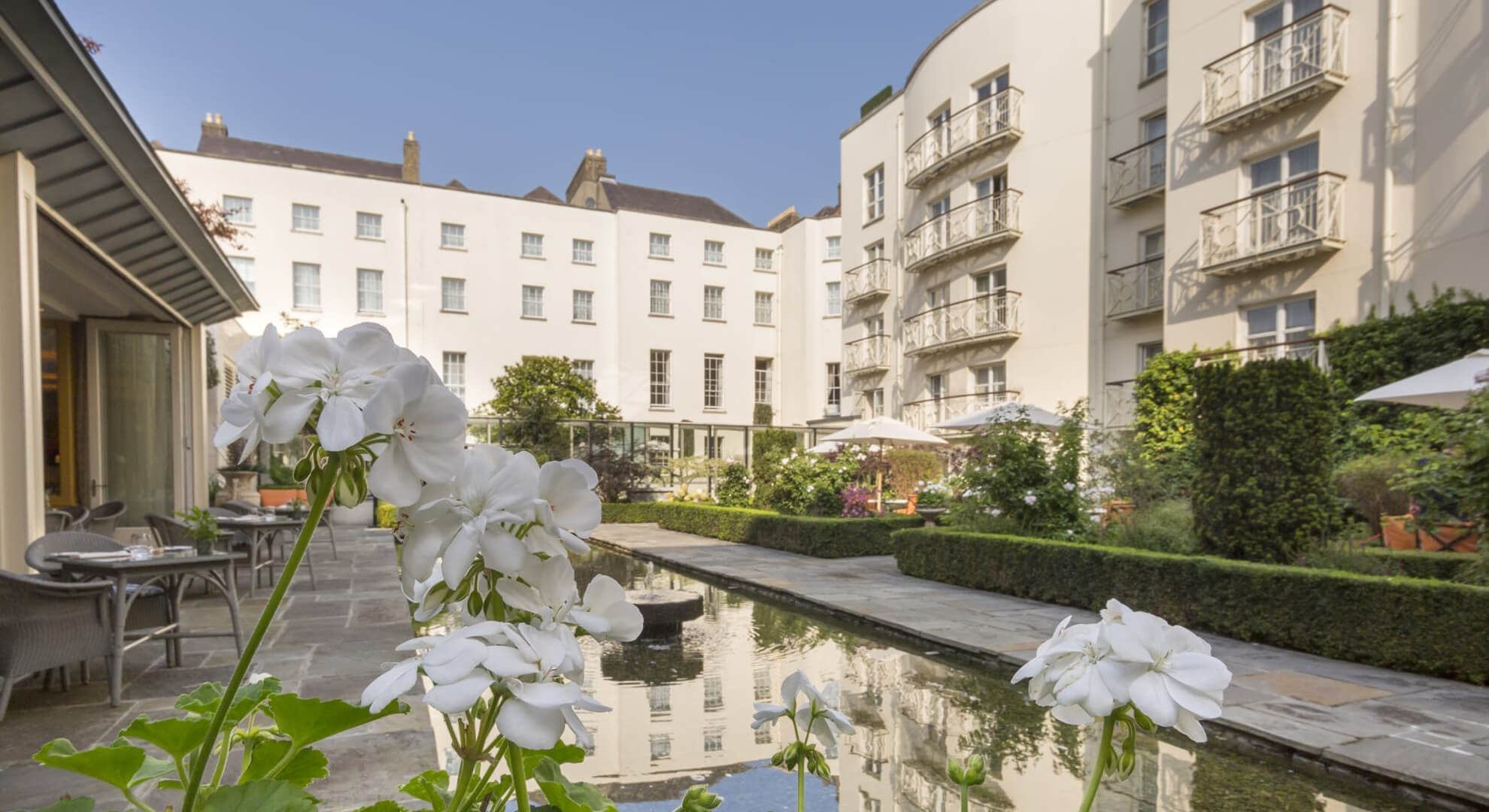