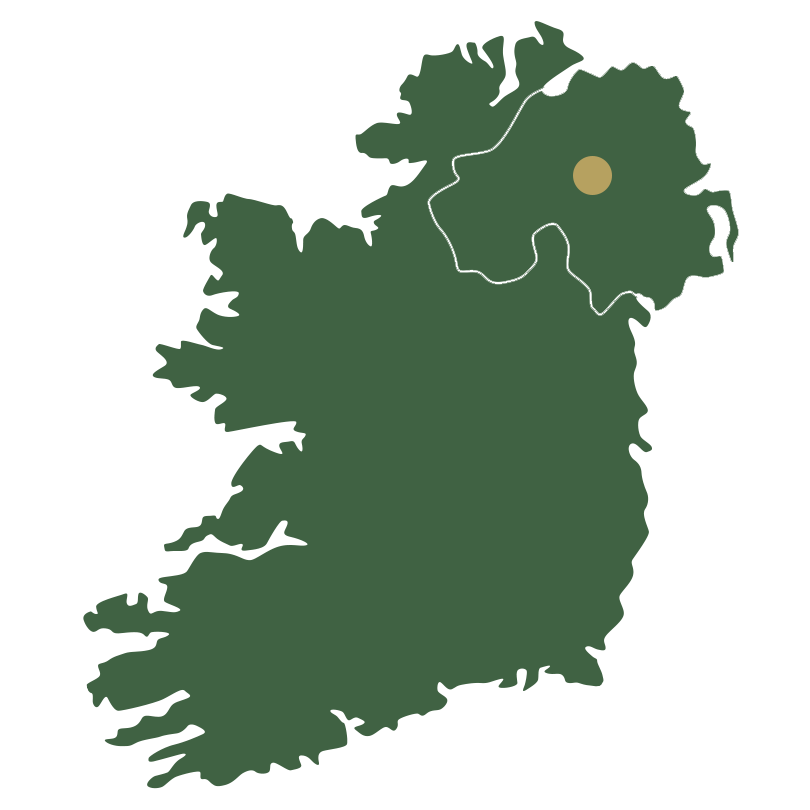 This destination offers the golfing enthusiast some wonderful golf and hospitality with many other attractions such as the Giants` Causeway, The Titanic Museum and Bushmills distillery. The golf has so much to commend it with so many world class courses such as the only Irish course so far to host the Open, Royal Portrush along with Royal County Down, Portstewart, Castle Rock and the rugged links of Ardglass with the oldest clubhouse in the world, a 14th century castle. Often a destination in its own right but so often two part of a Dublin trip or Scotland/Ireland trip with only a 2 hour ferry journey between. 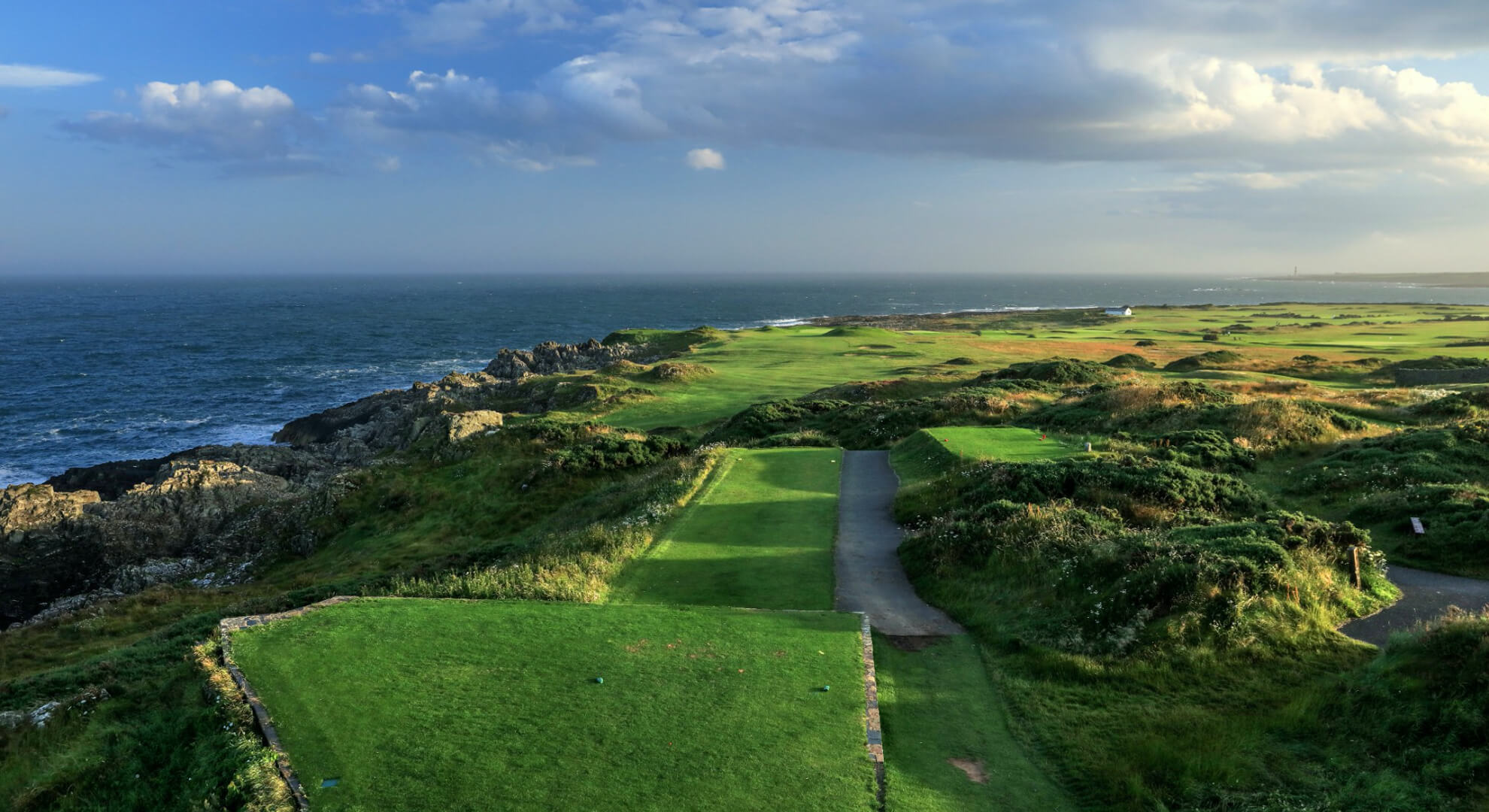 A great example of true links golf Ardglass hugs the rugged north east shoreline of Northern Ireland and has some great holes and even better views. It also processes a wonderful clubhouse and very friendly, helpful staff in a building which is the oldest golf clubhouse in the world as it is a castle that can be traced back to 1405. 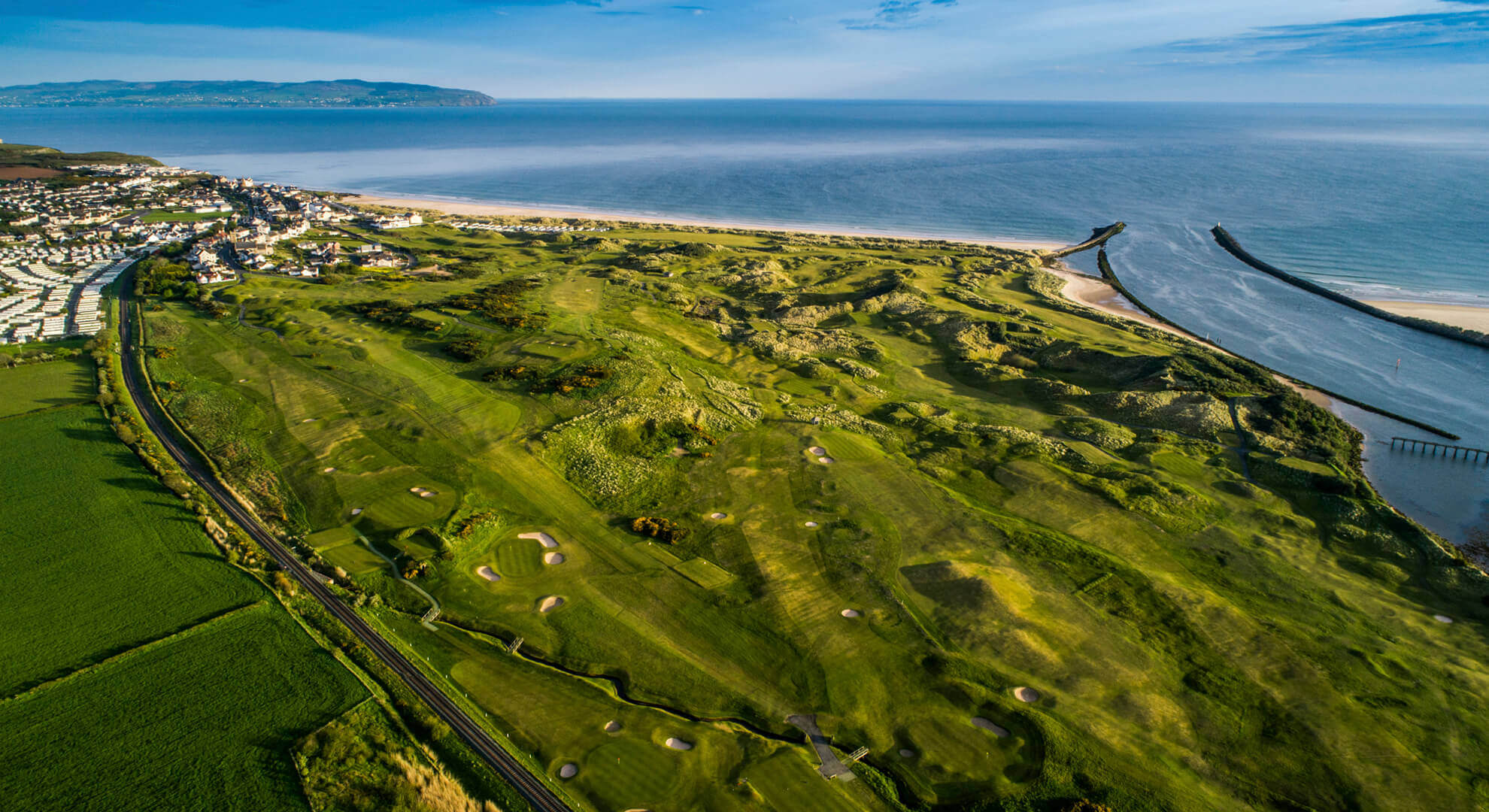 As actor Michael Douglas so succinctly and accurately put it “this course is pure heaven.” In 1900 a group of local gentlemen agreed to build a links course at Castlerock and the process began where by over a period of 19 years these locals built an 18 golf course which was testimony to their abilities. Ten years later they contracted with the legendary architect Harry Colt to refine their course to create the wonderful course we have today. 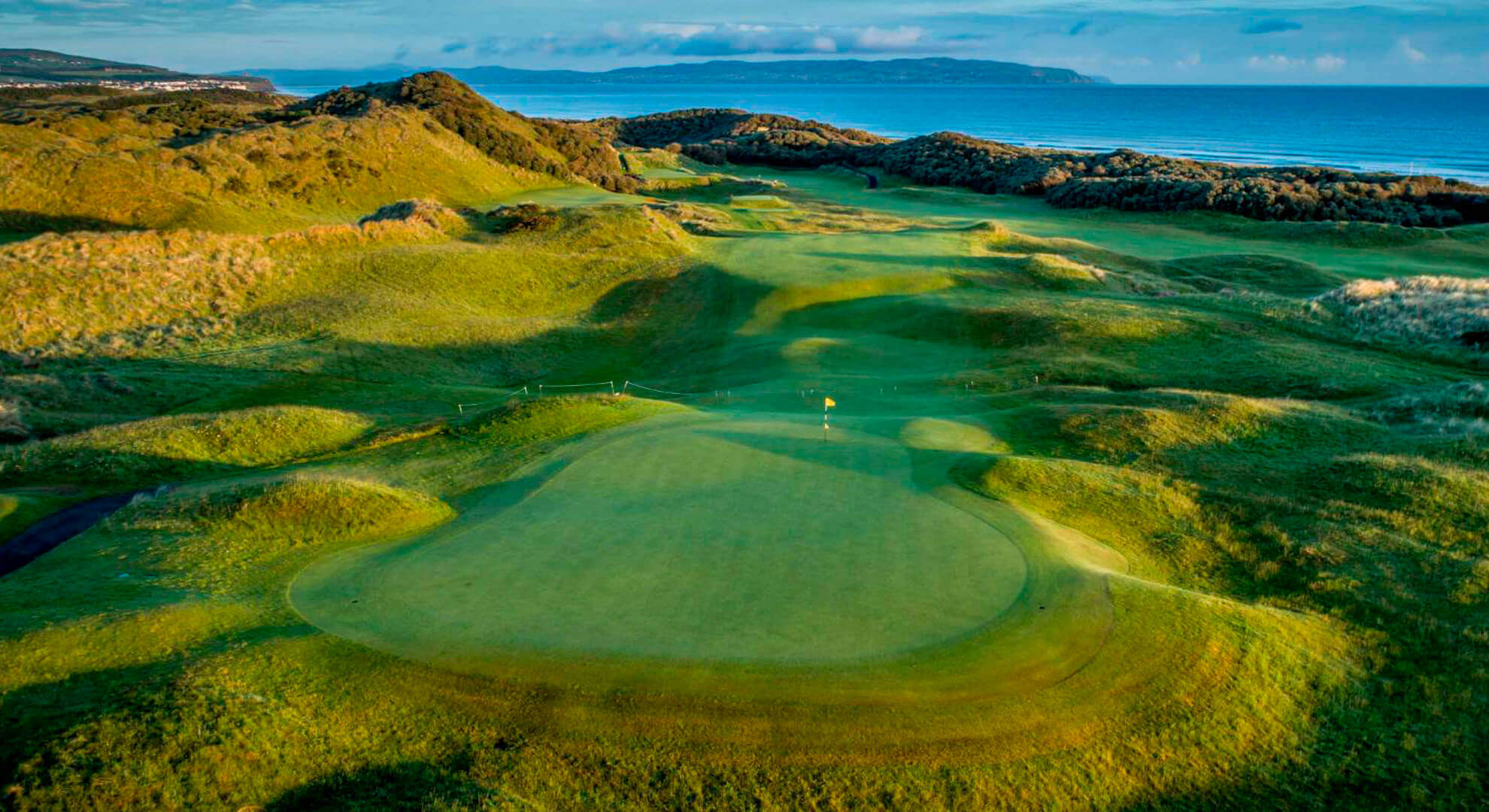 The outstanding Championship Strand Course was the host for the 2017 Irish Open. Jon Rahm, the 2017 Winner was certainly impressed when he said, “the golf course is amazing. It’s probably one of the most beautiful golf courses I have ever seen, if not the most.” Portstewart pride ourselves on being a Club for all with as they say, scoring very much between yourself and Mother Nature. 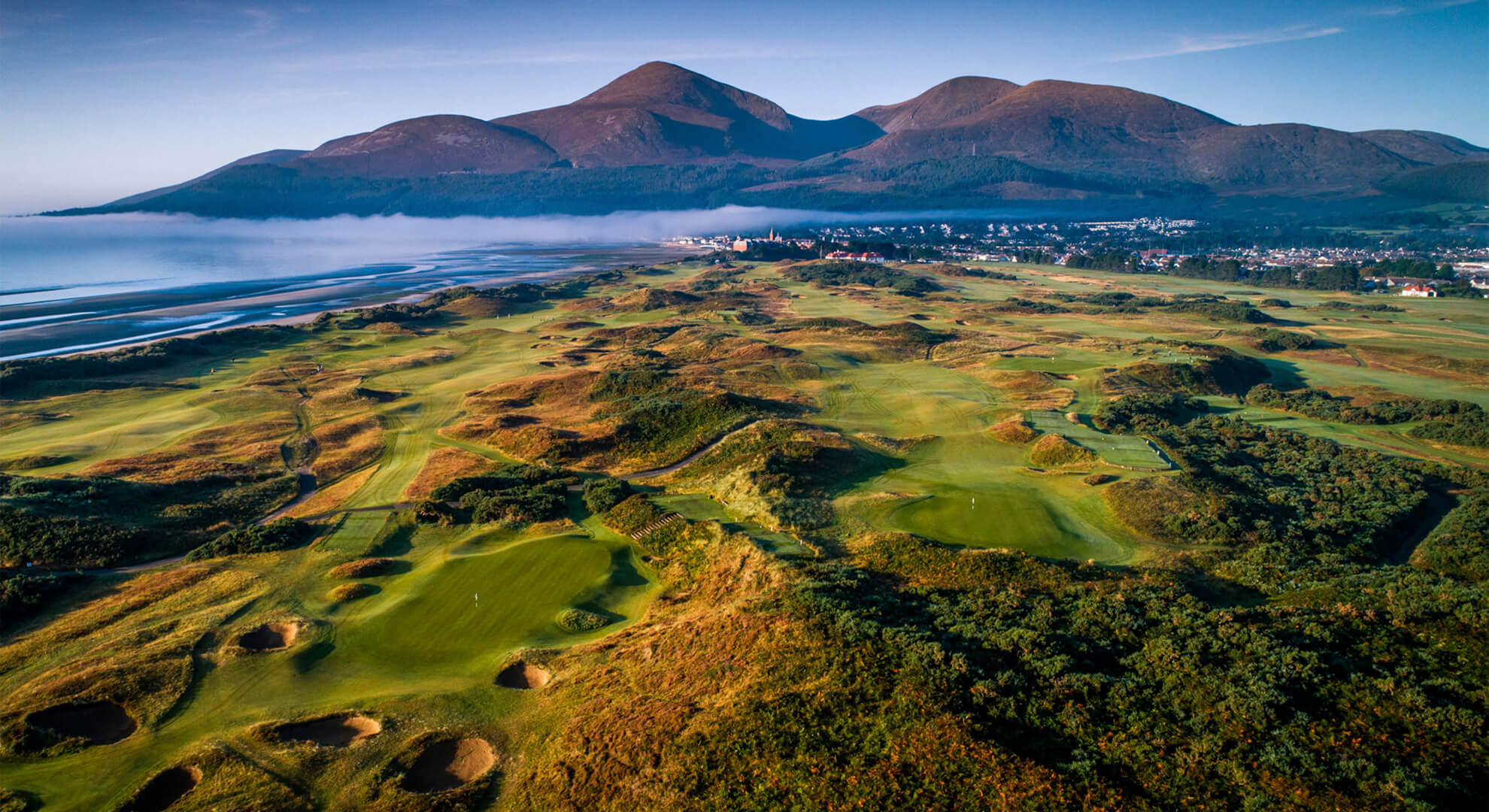 The “Golf Digest” no.1 golf course in the world. The Royal County Down Golf Club was founded in 1889 by a group of influential business and professional men from Belfast following and the emergence of Newcastle as a desirable seaside resort in Victorian times which provided the impetus for the first formal golf course. That course was opened in 1889, and almost immediately the newly-formed council of the club, in a mixture of enthusiasm and parsimony, commissioned Old Tom Morris to travel over from St. Andrews “for a sum not to exceed £4” to inspect what existed and advise on a second nine! He was followed by other advisors 6 times Open champion, Harry Vardon and possibly the world`s best ever architect, Harry Colt resulting in a course which has hosted the Senior British Open, The Amateur Championship, British Ladies Amateur, The Curtis Cup, Walker Cup and Irish Open. 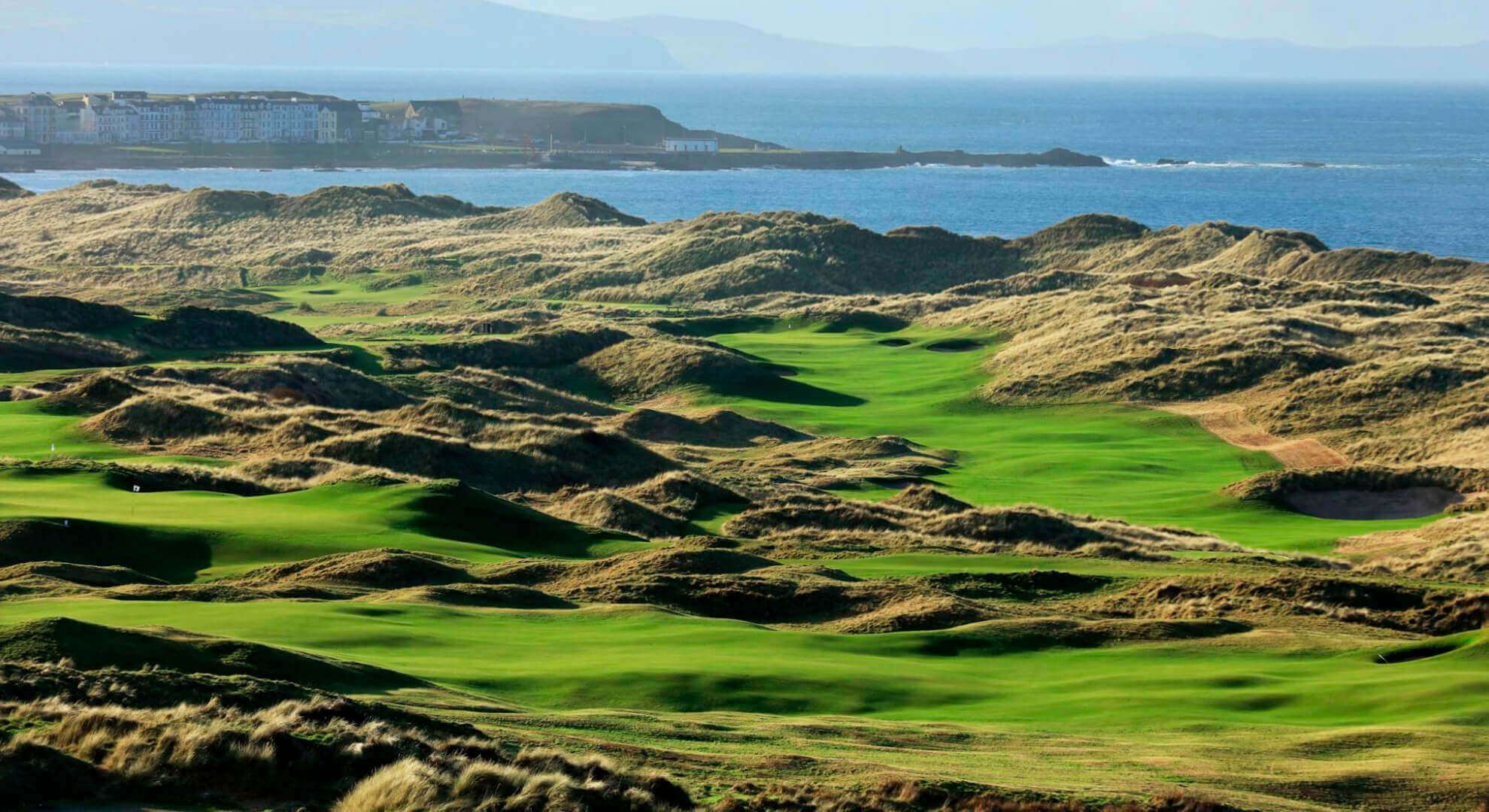 The famous Dunluce Links has been hosting major golf events for over 100 years including the Open in 1951 and more famously in 2019 when one of the greatest Opens ever saw an Irish winner on the occasion of the Open returning to the Emerald Isle after 68 years with Shane Lowery prevailing. This great championship course staged the first Professional event in Ireland with its Club Professional; the Scot Sandy Herd, the 1902 Open champion; won in the final with 6 times Open champion, Harry Vardon. This started a trend with Honorary members Darren Clarke, Padraig Harrington, Graeme McDowell and Rory McIlroy all being winners of at least one major championship. 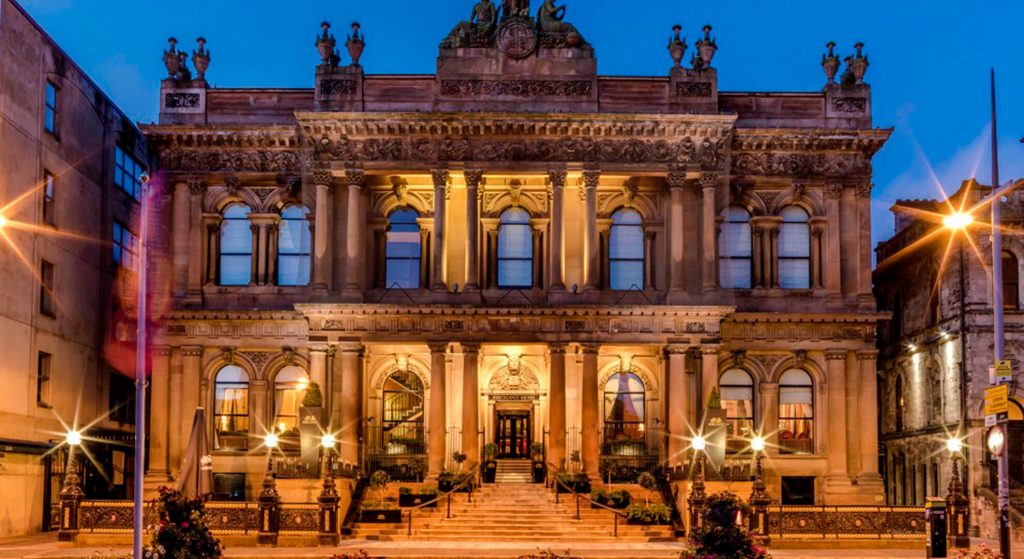 The Merchant Hotel offers unparalleled five-star service and the height of luxury in the heart of Belfast’s historic Cathedral Quarter. The rich history and heritage of the grade A listed building is complemented by a wealth of modern, multi-award winning facilities and services with every comfort the modern traveller could wish for. A truly spectacular experience. 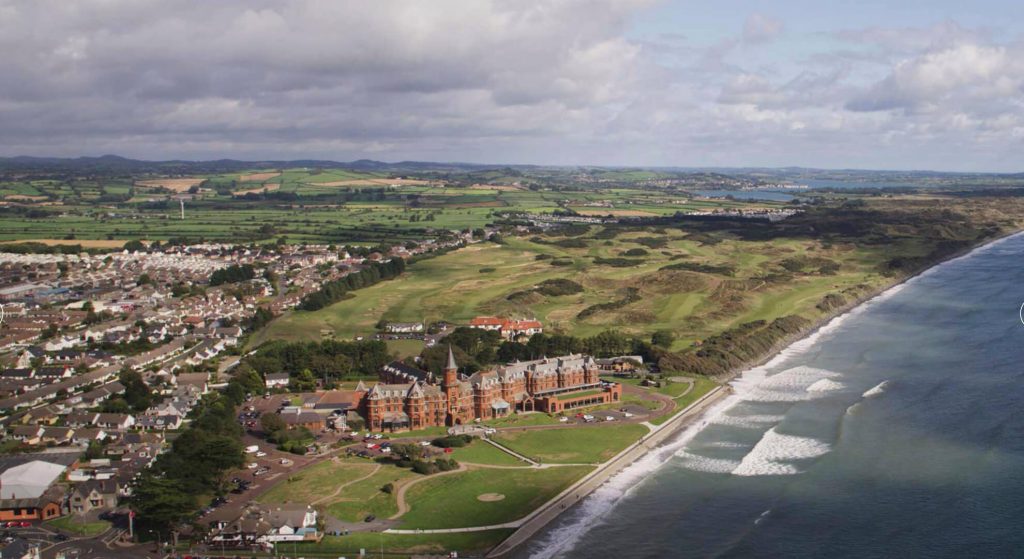 Nestled at the foot of the Mountains of Mourne, the magnificent Slieve Donard stands among six acres of immaculate private grounds. A golden strand of beach borders one side while the mighty Royal County Down golf course frames the other. This lovingly maintained Victorian hotel, just 30 miles south of Belfast and 90 miles north of Dublin, is home to one of Europe’s finest resort Spas and is a fantastic place to stay and enjoy the plethora of attractions in the area. 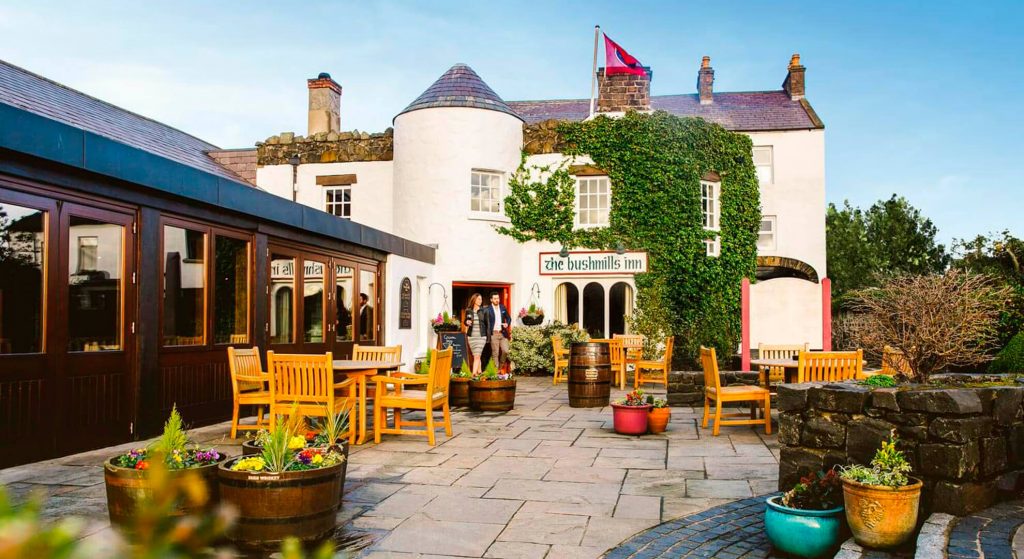 Set against the backdrop of the Giant’s Causeway in Northern Ireland, The Bushmills Inn is the perfect retreat for those who crave the unconventional, yet still expect exceptional service. The welcome is warm and the fire always lit. Originally a Coaching Inn in the 1600s, this 4 star boutique Hotel and Restaurant is steeped in Irish history with a myriad of places to hide from the world. Step back to a time steeped in charm. From inglenook turf fires to hayloft snugs, there’s something to find behind every door. In the village that is home to the world’s oldest Whiskey Distillery, between the famous Giant’s Causeway and Royal Portrush Golf Club, Bushmills offers the perfect base to explore from.

Do not let its boutique hotel appearance fool you; Titanic Hotel Belfast is one of Northern Ireland’s newest hotels, however its history goes way back to when the Titanic was built. It is a perfect accommodation option both for those looking for a comfortable and luxurious hotel in Belfast and for those who want to immerse themselves in its rich history. Situated in Titanic Quarter, the hotel is just opposite Titanic Belfast and close to the city’s main amenities. Titanic Quarter has been transformed over the past decade to become a must-see attraction, and Titanic Hotel Belfast is at the heart of it all!